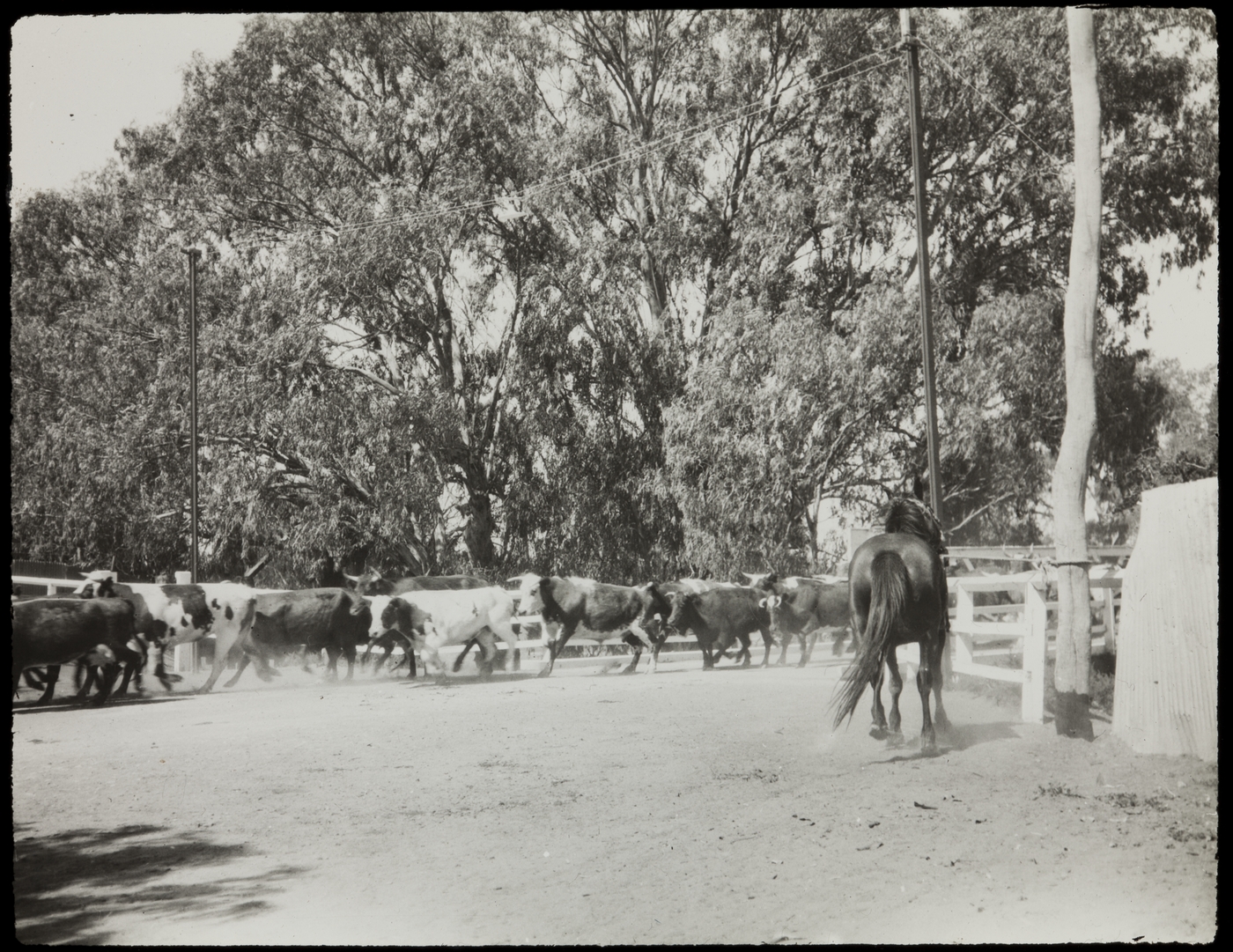 Administrative / Biographical Note:
Edward ("Ted") Alexander Roberts was born in Arncliffe in 1907. He completed training to be a Methodist minister in 1935 and his first posting was to Wilcannia where he spent about two years. He died in 1974 having spent the whole of the intervening period as a minister in various parts of (mostly country) NSW and Darwin.
He left a collection of glass slides and an album of prints from his time in Wilcannia. There is some overlap between the slides and the prints. The slides are mostly black and white, with a few coloured, and the prints are all black and white. There are a few slides of maps, illustrated religious sayings, a hymn by George Ellis Aickin, a swagman's poem by "Jump Off Joe" Simons and a "Finis" slide which were used as the introduction to talks. This is why the original numbering does not coincide with the digitised numbering.
The disc contains digital copies of the slides and prints, with the exception of a few which are of poor quality. They have been cropped to 5" x 7". The prints can be identified by the letter "p" after the number. Some of the slides have captions and they are on the digital copies in upper case. Where possible, further descriptive captions have been added and they are in lower case. A separate list of captions on the disc, was copied to become the basis of the Contents list. The Library is going to photograph all the glass slides; so the disc supplied will not be not loaded to the Library Catalog.
The photos are of a wide geographical area centred on Wilcannia. The district covered by the Wilcannia church, the Far West Mission, is shown on the digitised map. Also attached is a current map on which grazing properties mentioned in the photo captions are circled. These are Yantara O/S, Salisbury Downs, Bootra, Wonga Lilli, Black Gate, Tintinallogy, Mount Manara, Baden Park and Marfield.