Students investigate the food crimes and examine the moral issues around hunger and stealing food.

The Trouble With Food

At first, everyone received their food rations weekly. Convicts received theirs on Saturdays and marines got their supplies on Mondays. Some people ate all the food rations in a few days, leaving them hungry for rest of the week. Convicts stealing food from other convicts was a genuine problem.  Those who wanted to keep their food rations for the whole week couldn’t find anywhere secure to store them! There was also theft from food storehouses and bakehouses (and not just by convicts). Even marines/soldiers were stealing food and being punished.

Read Judge David Collins’ recording of an event in 1792.

At Parramatta the public bakehouse was broken into, and robbed of a large quantity of flour and biscuit. The robber had made his way down the chimney of the house, and, though a man and a woman slept in the place, carried off his booty undiscovered.

Not only were the bakehouses and storehouses broken onto, they had special guests.

The rats, soon after our landing, became not only numerous but formidable, from the destruction they occasioned in the stores.

Every grain of rice was a moving body, from the inhabitants lodged within it.

Read what Judge David Collins found in the storehouse in 1790.

The rice was found to be full of weevils.

Define the meaning of the word weevil.

Read Judge David Collins’ story of a convict woman up to mischief in 1792.

A woman who had been entrusted to carry the allowance of flour belonging to two other women to the bakehouse… mixed with it a quantity of pounded stone, in the proportion of two-thirds of grit, to one of flour. Fortunately, she was detected before it had been mixed with other flour at the bakehouse, and was ordered to wear an iron collar for six months as a punishment.

Life wasn’t easy for some ex-convicts. (Note that ex-convicts were those who had completed their sentences and were free but did not return home to Britain. Tickets of Leave were not part of the First Fleet experience as they were introduced in 1810, which was 22 years after the First Fleet arrived.) If these ex-convicts were not able to provide food for themselves, they had to go to work for the government again in order to be “on the stores” which meant to receive food rations. Convict James Ruse, however, whose sentence ended in 1789, set up a successful farm with his wife at Parramatta; within fifteen months they were not dependent on rations and could actually help supply food to the settlement.

Food wasn’t just for eating or used as medicine in the new colony. It was used as an incentive (eg, additional food rations as rewards for catching law-breakers) and reduced food rations could be used as a punishment. Governor Phillip also had a ‘no work, no food’ policy, meaning everybody had to contribute to the settlement.

Read Judge David Collins’ comments in 1789 about one convict in the settlement:

[His thieving]…had been so frequent and daring, that it became necessary to offer a reward of one pound of flour to be given weekly, in addition to the ration issued, for his apprehension.

And in February 1788, he recorded a crime of stealing food with a food related punishment:

For taking some biscuit from another convict, [a convict] was sentenced to a week’s confinement on bread and water, on a small rocky island near the entrance of the cove.

Below is an engraving of Sydney Cove in 1808.

We have zoomed in on the left hand side of this picture. Look at that detail below, and note the small rocky island in the middle of Port Jackson in Sydney. Convicts were left here as punishment and could not escape. This place would earn the name Pinchgut Island.

Listen to Judge David Collins give us another example of food related crime in May 1790, below. 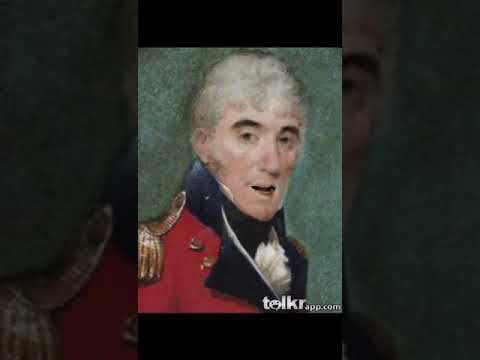 Transcript: [The chaplain Richard Johnson caught Joseph Elliot] a convict in his garden in the act of stealing potatoes… [who was to] receive three hundred lashes, his rations of flour to be stopped for six months, and himself to be chained for that time to two [other convicts].

We don’t know all the details of Joseph Elliot’s crime but let’s explore an imagined scenario. Consider and discuss this situation by answering the following questions:

Write a newspaper article about Joseph Elliot in different styles. Try one as a factual text – it will probably be quite short! Try one as a literary text - with a bit of drama and imagined details. Think about these questions: What did he look like? What was he wearing? What was his motivation? Was there a hidden motivation? Was there an accomplice? Was this crime a diversion for a bigger crime committed elsewhere? Write a juicy headline. Have fun!