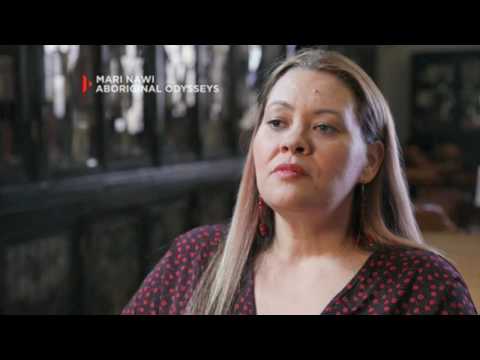 The contribution of individuals and groups, including Aboriginal people and/or Torres Strait Islanders and migrants, to the development of Australian society, for example in areas such as the economy, education, science, the arts, sport. (ACHHK116)

David Unaipon (1872 - 1967) was an author, inventor, evangelical preacher and political activist whose string of accomplishments was contrary to the prejudiced stereotypes held about Aboriginal people at the time. Unaipon is a simplified version of his name Ngunaitponi. He was a man of deep religious convictions, high intelligence and considerable mechanical and oratorical skills. By the 1920s he was the most well-known Aboriginal person in Australia.

David Unaipon was born at the Point McLeay Mission in South Australia where his father, James Ngunaitponi, had been appointed church deacon. When David was thirteen he began working as a servant for CB Young, who encouraged what would be a life-long infatuation with philosophy, literature and science. However despite his singular and extensive self-education there were no opportunities for Aboriginal people of his talents, and he was frustrated in obtaining any intellectually demanding work.

Despite these setbacks, his obsession with the idea of developing mechanisms for achieving perpetual motion bore fruit when he applied his knowledge more practically and patented a modified shearing handpiece in 1909. Its innovation was that it changed the movement of the shears from a circular to a lateral direction, greatly improving its efficiency.

Over the next few years David Unaipon continued to improve plans and prototypes with some financial assistance from the anthropologist Herbert Basedow. By 1944 David Unaipon had made nine different applications to patent various inventions but was never able to fully develop and take advantage of these patents due to lack of money.

In addition to his inventiveness David Unaipon was also a political advocate of equality for Aboriginal people and assisted inquiries and commissions into Aboriginal welfare and treatment. In 1927 when his book of Aboriginal legends, Hurgarrda was published, he became the first Australian Aboriginal author. This was followed by Kinnie Ger - the Native Cat in 1928 and his main work, Native Legends, in 1929. A collection of his legends was published, without acknowledgement, by W. Ramsay Smith as Myths and Legends of the Australian Aboriginals in 1930. He also published several autobiographical works in later life.

As a committed Christian and evangelist he travelled widely in South Australia, preaching in cities and towns up until his retirement at age 87. He died aged 94 at Tailem Bend.

Students examine sources from the State Library collection and conduct their own research into David Unaipon's contribution to Australian society.

Using the Biography Planner from Activity 1, students write a persuasive exposition that explains why David Unaipon was chosen for the $50 note.

Students use images and written sources to ask historical questions about the past.

Teachers should be aware that, in some Aboriginal and Torres Strait Islander Communities, hearing names or seeing images of deceased persons may cause sadness or distress, particularly to the relatives of these people.

Learning across the curriculum: