From 10 November 1912 to 10 January 1913, Frank Hurley, Bob Bage and Eric Webb, took sledges up onto the continent and travelled across the unexplored plateau to get as near as they could to the South Magnetic Pole. The object of the journey was to travel towards the South Magnetic Pole, taking magnetic observations.

The party was supported by Herbert Murphy, John Hunter and Charles Laseron as far as possible. The support party turned back on 22 November, after helping build a large depot of supplies.

The three remaining men hauled a heavily loaded sledge for nine weeks, covering over 960 kilometres, mostly in the teeth of blizzards which raged at up to 129 kilometres an hour. Much of the outward journey was uphill to an altitude of 1,830 metres.

Throughout the journey Webb, assisted by others, made a complete set of magnetic observations entailing up to two and a half hours work each time.

Fierce winds hampered their efforts on their way up the plateau. However when these dropped the weather became quieter.

‘It was hard to imagine we were on the plateau with nearly 250 miles of ice separating us from the hut. There was not even enough wind to stir the tent and although zero, it was warm.
I thought it seemed as if camped in the Australian bush and was only brought back to Antarctica by the vigorous boiling of the cooker.’

On their return trip the three ran into horrific weather conditions that delayed progress. Food rations were shortened and the three men struggled with the bad weather before finding their way back to the Main Base.

Hurley's diary of the Sledging expedition is a colourful record of their adventures and their work as they battled fierce winds, cold and isolation to achieve their goal.

Transcript:
14th December 1.15 a.m. TEMP -9 We were very elated at the prospect of hauling a light sledge but only covered at the end of the day 12 miles. This was caused by the bad surface of pie-crust snow which broke through under our weight. Altitude now is about 5000 feet and the way lies still upward. We are following the magnetic needle to the pole or as near as we can get to it. Each day the dip shows scarcely any variation, yet there is no telling what the next 80 miles might have in store. DIP 89°11’ At camping time we came across an extraordinary snow ramp, 100 yards long and about 12 ft above the surrounding surface. In the front were great Sastrugi about 6 ft. high, hard & polished. The midnight sun, throwing its sidelight on the gave a weird effect. The usual Hoosh put us in good spirits & we are now turning in to our bags, to be ready for another hard day tomorrow or rather today. 15th December 1912, 1.30 a.m. Temp -16 Yesterdays heavy pull was not so severe as today. The temperature averaged well below zero all day & till 6 p.m. we had a cold 35 mph wind with drifts. Our breaths froze & accumulated in large lumps on the outside of our helmets while our whiskers, moustaches & beards froze to the inside. We travelled over shifting Sastrugi that overturned one sledge & ourselves

Transcript:
frequently. I must have gone down a dozen times in the mile. At 7 miles we had a recurrence of Pie crust snow, our legs becoming so stiff & tired with lifting them, that it seemed more of a struggle than even a slow march. Not a minute is lost in sledging & after 10 minutes rest we were off again & completed 12½ miles for 12 hrs labor. Total 228½. Sledging is hard work over this awful harsh country which seems to try and bar our progress at every step. How we have escaped accident in (indecipherable) or broken limbs so far, is good luck more than care. Had we trust to providence to so preserve us from so disastrous happening. We have five days yet to go ahead before returning

Transcript:
16th Decr. 1912. 1.45 a.m With joyful feelings we welcomed a calm day; the first for weeks. Immediately we turned our sleeping bags inside out & laid them out in the delightful sunshine Five weeks have lapsed since we were able to do the they underwent this luxury. The hair inside was coated with ice & frozen breath so that they crackled as we turned them. Our socks, finnescue & (indecipherable) were also dried. What a fine day means to us. The surface was better & we made good progress, we were being able to pull on our fleeces, which gave our limbs free play. Our sledge, in striking contrast to our previous progress, seemed to glide over the surface. Starting at 1.30 P.M. we had made 6½ miles by 5 oclock lunch. As it was my turn to make tea & have serve the ration

Transcript:
ready I had a few spare moments, & laid down inside our tent. It was hard to imagine we were 250 miles on the plateau with nearly 250 miles of ice separating us from the hut. The tent There was not even enough wind to stir the tent & although zero, was warm. I thought it seemed as if camped in the Australian bush & was only brought back to Antarctica by the vigorous boiling of the cooker. At lunch we were all merry & sang old favourite ditties. What a contrast to our usual conditions. Our bags were airing while we lunched & on repacking we found them nearly dry in a much more satisfactory state. After lunch we made another 3 miles & although -3 we perspired freely & commented on the hot weather. We made Another 5½ miles was covered, the temperature still falling & when -15 that is

Transcript:
snow. We pitched camp at midnight tired out, yet contented that we had covered another 14¼ miles towards our goal. As we passed sledged over the plateau toward midnight the sun low sun seemed to change the whole surface to a delicate French grey, the high sastrugi, that caught the full gleam of light being white. The effect combined with absolute calm & unearthly stillness was seemed to be a vast necropolis. The temperature is still falling. When we pitched camp it was 50 degrees below freezing pt. Total mileage 256¼ miles. (My lead during the day.) Lowest Temp. -21 At 3 o’clock we crossed the 70th parallel (indecipherable).

Transcript:
18th Decr. 1912 1.30 a.m. (19th) Have just finished darning my mittens. We were so tired after yesterday, that we did not get out of the bags till noon 11.30 a.m. Preparing Hoosh & packing the sledge kept us going till 2 p.m. When we set off on our improving surface, under glorious weather conditions we covered 13 miles. Total 269¼. Towards the end of our march we came into an extensive field of fine Sastrugi, ranging in size up to about 4 ft. 6 in. high by 20 or 30 ft. in length. They were highly polished & in the slanting rays of the midnight sun, closely resembled marble. All shapes

Transcript:
were noticed some like huge clam shells others like ocean rollers but the majority closely appeared as schools of porpoises white porpoises or dolphins, all the results of wind action & carving. I greatly regretted not having an efficient Stereoscope camera to record the magnificent sight. Temp – 19th December 1912 12.30 A.M. I take back all the evil I thought of the terrific blizzard & the harsh treatment dealt out to us by our previous bad weather, for I really think Antarctica is doing its best for us. Today was heavenly. Perfectly calm and cloudless.
Previous chapter
Hurley's request to join the AAE
Story
Antarctica: Frank Hurley
Next chapter
At home in Antarctica 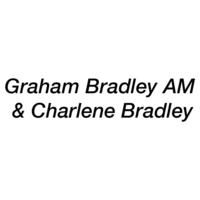