The subject of much speculation, the idea of an unknown southern land began with the ancient Greeks. They believed that the earth was a sphere and that a southern land mass 'Antarcktikos' must exist as a counterweight to balance the northern world which lay beneath the constellation 'Arktos', the Bear.

Egyptian geographer Ptolemy also proposed the existence of the southern continent, terra incognita. From the 15th century on, many European map-makers included the mythical land Terra Australis Incognita on their maps.

Discovery in the Southern Ocean

Despite more than 200 years of European exploration, it wasn't until the second half of the 18th century that the first dedicated search for the southern continent took place.

In 1767, Alexander Dalrymple published an account of historical discoveries in which he described a giant, unknown southern continent.

The British government sent Captain James Cook, now famous after his charting of the east coast of Australia to explore the far south with the ships Resolution and Adventure. In late 1772, Cook came upon his first iceberg and in January 1773, he made the first ever crossing of the Antarctic Circle. However, the thick ice pack forced the ships northward. Without knowing it, Cook came within 129 kilometres of the Antarctic coast.

During the next two years Cook spent the southern winters in the more temperate latitudes of the Pacific. In the summers he again turned south and continued his eastward voyage around the southern continent. Towards the end of February 1775 he completed the first circumnavigation of Antarctica, proving that it was neither as large or habitable as once thought.

Cook's Antarctic voyage still remains as one of the greatest voyages of exploration and discovery. 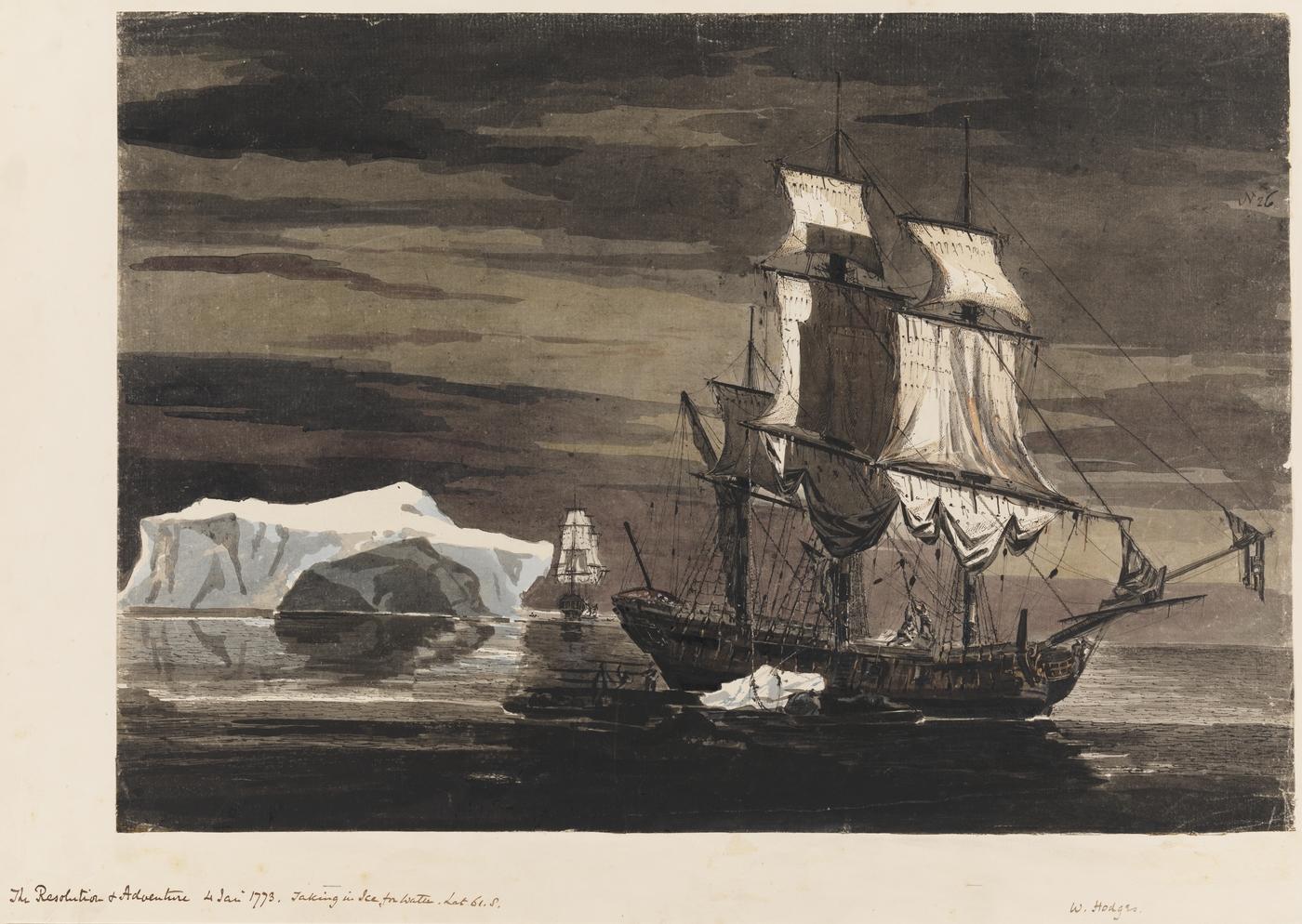 Antarctic history was made in 1908 with the first book ever to be written, printed and published in Antarctica. It was created under harsh conditions at the British Antarctic Expedition quarters during the unforgiving winter months of 1908. It was aptly named Aurora Australis.

Although it was designed mainly for presentation to members and friends of Shackleton's expedition, the concept, design and presswork are of an exceptionably high standard, with lithographs and etchings by G. Marston, and edited by Shackleton himself. It was printed at the Sign of the Penguins by Joyce and Wild, 1908.

Douglas Mawson - Lines on the Ice

In 1911 a group of scientists and adventurers left Hobart under the leadership of Douglas Mawson. They were bound for Macquarie Island and the then unknown parts of Antarctica.

Young and relatively inexperienced outside their specific fields, these men found the intoxicating beauties and terrible harshness of the south a delight and a challenge. As they worked from their bases at Macquarie Island, Cape Denison and Queen Mary Land, they found new lands and experienced the friendships and conflicts fostered by close living in extreme climates. Two died and another lost his mind.

But it was not all in vain. The scientists of the Australasian Antarctic Expedition produced information that later made an extraordinary contribution to the knowledge of the south and the site of their main base has become a national heritage site. The exploration of new lands was formalised in 1936 as the Australian Antarctic Territory.

It is the human record - of tragedy, conflict and effort - that remains as the most accessible story of the Australasian Antarctic Expedition, 1911-1914. The Library's collection features original diaries, logs, maps and photographs of these dramatic and dangerous expeditions.

Frank Hurley's magical colour photographs are some of the rarest and most valuable images of Antarctica, taken using one of the first colour photographic processes called the Paget Colour Plate system.

Discover more about Ernest Shackleton's ill-fated Endurance expedition, through the diaries and photographs of Frank Hurley.