Frank Hurley’s war photographs were exhibited in three exhibitions from 1918-1921.

Hurley’s images, along with those of British, Canadian, and other Australian photographers and artists, were exhibited at the Australian Official War Photographs and Pictures exhibition in the Grafton Galleries in London from May-September 1918. Hurley organised the selection and printing of his photographs. He chose four composites and had some enlarged to the size of 7 x 3 metres.  Hurley wrote in The Australasian Photo-Review that he would dress in civilian clothes and eavesdrop on the ‘diggers’ who were visiting the exhibition. He felt that their favourable comments about his composite photographs justified their production. [14]

Hurley was one of the first photographers to make colour photographs using the Paget Plate Process. Some of these colour images were displayed as prints and colour lantern slides at the London exhibition.

Hurley desperately wanted the exhibition to travel to Australia in its current format, but he was unsuccessful in convincing the AIF of the value of this proposal. Rather than miss out on an opportunity to exhibit his work in his home country, he arranged for Kodak Australasia to print and mount enlargements of 128 of his war photographs. Most of the photographs displayed at the exhibition can be viewed on the Library's catalogue.

Over the course of the war, the Australian War Records Section created 11,243 photographic negatives showing Australia’s participation in the war in the Middle East and Europe. This collection arrived in Melbourne in 1919 and AWRS clerks selected 261 images for display in the Exhibition of Enlargements Official War Photographs.[15] Over 80,000 people attended the exhibition during the five weeks it was open in 1921 at the Royal Exhibition Buildings in Melbourne. Audiences could purchase copies of Hurley’s photographs and those of other official war photographers. This exhibition, and those held earlier in London and Sydney, provided haunting pictures which enabled viewers to better imagine the scenes at Passchendaele, Ypres and Beersheba – previously little known places that had entered the national consciousness. [16]

Animation: An episode after the Battle of Zonnebeke 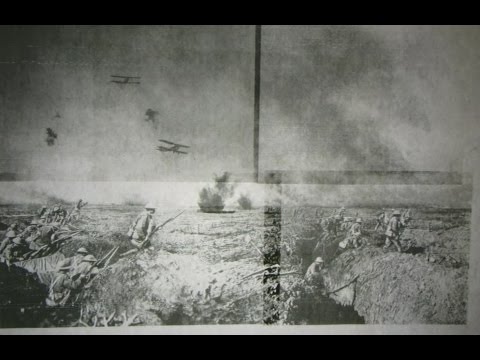