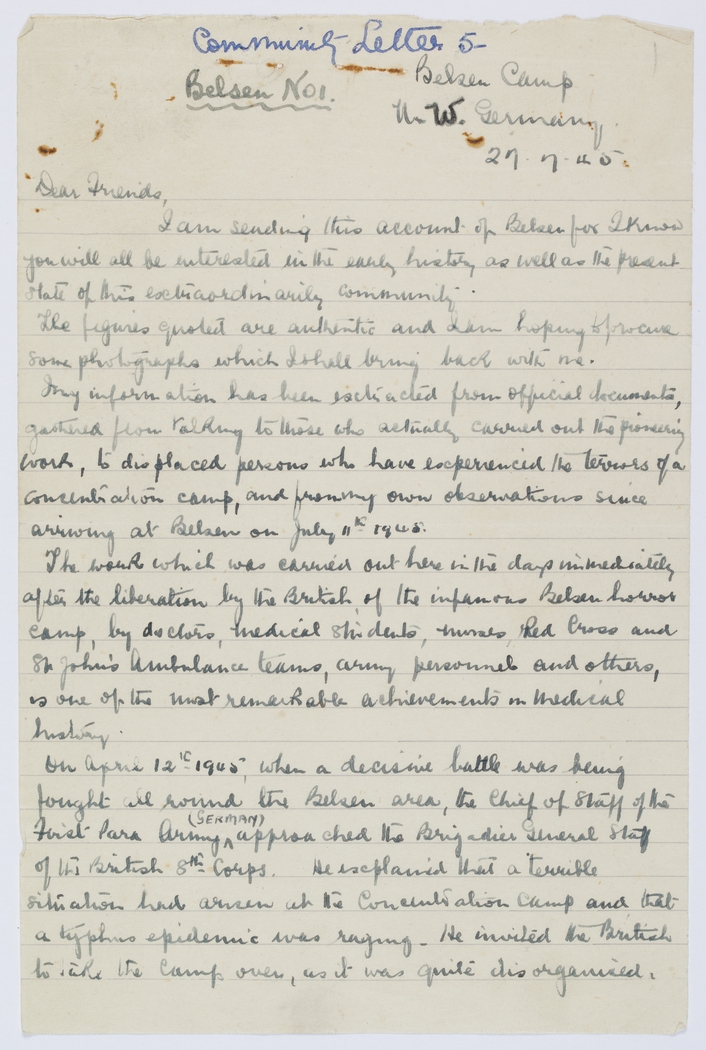 I am sending this account of Belsen for I know that you will all be interested in the early history as well as the present state of this extraordinarily (sic) community.

The figures quoted are authentic and I am hoping to procure some photographs which I shall bring back with me. Any information has been extracted from official documents gathered from talking to those who actually carried out the pioneering work, to displaced persons who have experienced the terrors of a concentration camp and from our own observations since arriving at Belsen on July 11th 1945.

The work which was carried out here in the days immediately after the liberation by the British of the infamous Belsen horror camp, by doctors, medical students, nurses, Red Cross and St John’s Ambulance teams, army personnel and others, is one of the most remarkable achievements in medical history.

On April 12th 1945, when a decisive battle was being fought all round the Belsen area, the Chief of Staff of the First Para Army (GERMANY) approached the Brigadier General Staff of the British 8th Corps. He explained that a terrible situation had arisen at the Concentration Camp and that a typhus epidemic was raging. He invited the British to take the Camp over, as it was quite disorganised