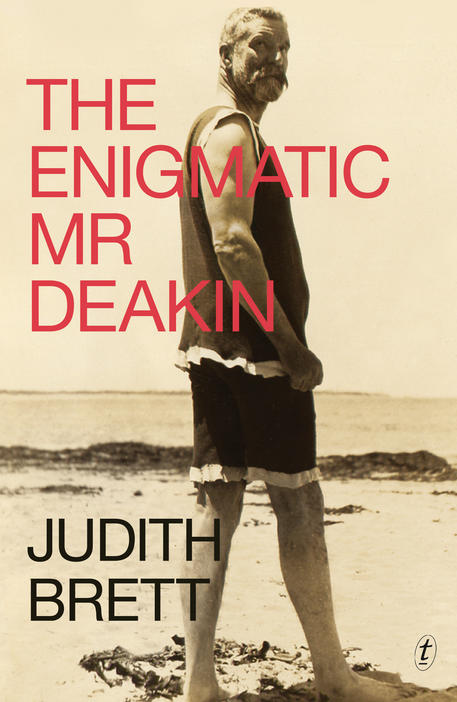 The Enigmatic Mr Deakin is a beautifully researched and satisfyingly rounded picture of an intriguing prime minister’s public and private lives, revealing just how intricately connected the two can be. It gives rare insight into the intellectual and emotional life of a political figure, aspects we seldom acknowledge in politicians today.

While Judith Brett finds much to admire in Alfred Deakin, she acknowledges that that he could be underhand and sharp-tongued, obtuse in his familial relationships, and sometimes simply wrong in his political judgements. Brett makes us stop and think, particularly about Deakin’s essential dilemma — whether to pursue an idealised and idealistic life of the mind or to follow his pragmatic sense of the possibilities of politics: ‘the chance to do limited good’. For Deakin, political theatre was much more than a metaphor; Brett shows how attuned he was to the stagecraft of politics, how he consciously played a character, and how he could also be his own best critic. He may have been a puzzle to many of his contemporaries, but thanks to Brett, Mr Deakin is no longer quite so enigmatic.

‘Deakin was never a mate’. Respectable, courteous, intellectual, interested in the life of the spirit, a little aloof, not given to swearing nor much of a drinker, certainly no larrikin hero: no wonder popular culture rarely finds time for him. Yet, as Judith Brett demonstrates, this immensely important figure, a Federation ‘father’ and Australia’s most influential early prime minister, shaped the new nation in ways that continue to resonate. Alfred Deakin’s career rode the tumult of class upheaval, racial paranoia, the emergence of political parties and the jockeying between empire, commonwealth and state interests. He effectively defined Australia’s political centre, even if, ultimately, the centre could not hold. This is a serious full life, a richly rewarding excursion into the private mind and emotions but also into the public life and times of a remarkable individual, full of surprising detail and profound observations about the Australian polity. Brett is a truly assured writer and the solidity of the research, the breadth of the analysis and the reliability of the judgement place it among the very best political biographies written in Australia.