The Australian History Prize ($15,000) is for a major work of non-fiction, published in book or ebook form, on Australian history. Entries should address subjects of national significance.

The Digital History Prize ($15, 000, formerly the Multimedia History Prize) is for an Australian historian’s interpretation of an historical subject, using non-print media. Entries could include a feature-length fiction film, a documentary film, a documentary for radio or television, a DVD, website, podcast, application for mobile/handheld device or other form of multimedia. This award will be judged on the quality of historical research and analysis, artistic merit and effective and appropriate use of the medium. The production should communicate its subject in ways that engage and enlighten audiences and should encourage an interest in and appreciation for history.

The General History Prize ($15,000) is for a major work of non-fiction, published in book or ebook form, on international history that is of national or international significance.

The New South Wales Community and Regional History Prize ($15,000) is for a major work of non-fiction, published in book or eBook form, that makes a significant contribution to understanding of any aspect of the history of New South Wales, including community, regional, urban, institutional or local histories. Books which do not relate to NSW are ineligible for this prize.

The Young People’s History Prize ($15,000) is for a published book or ebook, publically screened or broadcasted film, television or radio program, DVD, podcast or website — fiction or non-fiction.  The work should increase the understanding and appreciation of history by children and/or young adults.

The NSW Premier’s History Awards were first presented in 1997 to honour distinguished achievement in history by Australian citizens and permanent residents. The awards celebrate the contribution of historical research to our culture and communities, and to humanity at large. They encourage everyone to appreciate and learn from the efforts of our historians.

The NSW Premier’s History Awards are administered by the State Library of NSW in association with Create NSW. We are pleased to acknowledge the support of the History Council of NSW. Total prize money  is $75,000.

For more information please refer to the 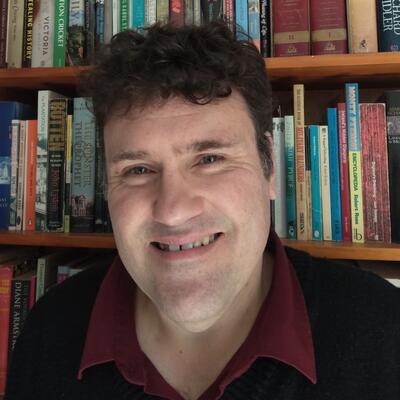 Frank is the author of books such as The Sex Lives of Australians: A History, and The Eighties: The Decade That Transformed Australia and he contributes regularly to media. He has co-edited the Australian Historical Association’s journal, History Australia, and was Chair of the Literature and History Committee of the New South Wales Ministry of the Arts for three years, and a member for five. He was a judge for the New South Wales Premier’s History Awards from 2018 until 2020. 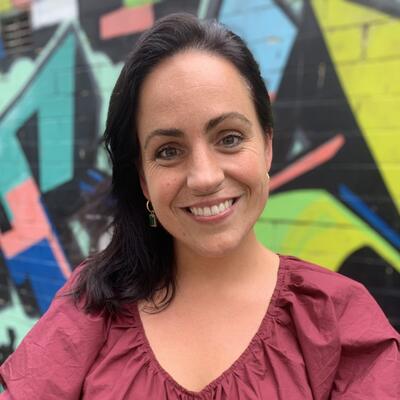 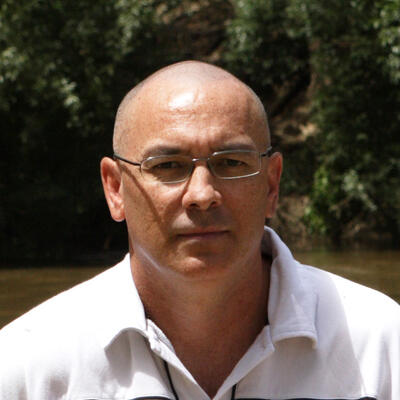 Dr Lawrence Bamblett is a Wiradjuri historian, teaching Koori maradhal (Aboriginal history) at the Australian National University. Laurie uses Wiradjuri maradhal as a tool of community development projects at his home community, Erambie Mission. His research interests include Indigenous Resurgence and the ways that representations of identity affect engagement between Aboriginal communities and mainstream institutions and services. 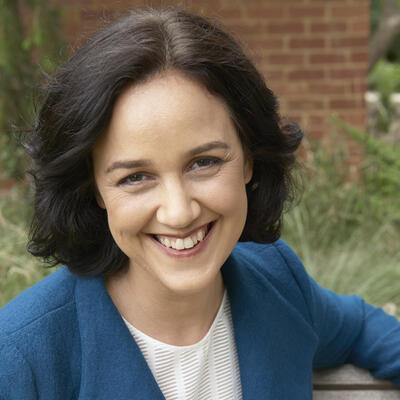 Kate Fullagar is professor of history at the Institute for Humanities and Social Sciences, Australian Catholic University. Her most recent book is The Warrior, the Voyager, and the Artist: Three Lives in an Age of Empire (New Haven, 2020) which won the 2020 General History Prize at the NSW Premier’s History Awards and the 2020 Douglas Stewart Prize for Non-fiction at the NSW Premier’s Literary Awards.

She is Lead Chief Investigator of an ARC Linkage project with the National Portrait Gallery called Facing New Worlds and currently a co-editor of the AHA’s journal, History Australia. 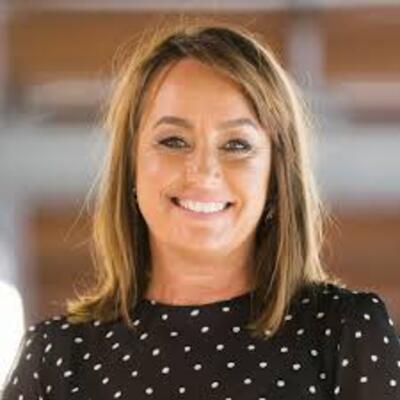 She is an award-winning researcher and teacher. She was awarded the UTS research excellence medal for collaboration (2015), National Teaching Excellence Award for her work in Indigenous studies (2016), awarded the inaugural Gough Whitlam Research Fellowship (2017-18) and in 2018 she was announced as a 'Top 5' ABC humanities researcher. She is a descendant of the Gomeroi people from north-western NSW, a member of AIATSIS, Congress and convener of the 'Indigenous Land and Justice Research hub'. 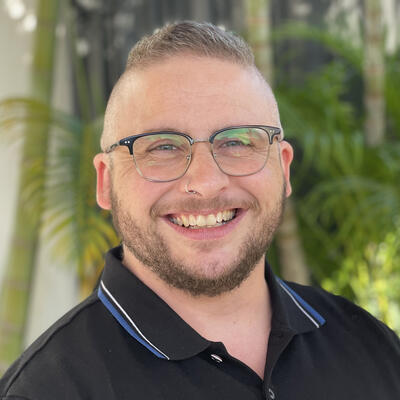 Dr Andy Kaladelfos Senior Lecturer in Criminology and Postgraduate Coordinator in School of Law, Society and Criminology in the Faculty of Law and Justice, University of New South Wales. Prior to UNSW, Andy was Senior Research Fellow at the Griffith Criminology Institute, Griffith University (2012-2018) and co-created The Prosecution Project a history of the criminal trial in Australia.

Andy's research specialities are sexual and gender-based violence, queer criminology, & immigration regulation. Originally trained in history, Andy's research is interdisciplinary, using methods and approaches from historical studies, legal studies, criminology, psychology, feminist studies and digital humanities to analyse how experiences of and responses to violence change over time, to examine the nature of the criminal justice system, and the shifting relationship between law and society. Andy is the author of 28 peer-reviewed publications on these topics, has held numerous large-scale national grants including the current Australian Research Council Discovery Project ‘Australian Violence: Understanding Victimisation in History’. 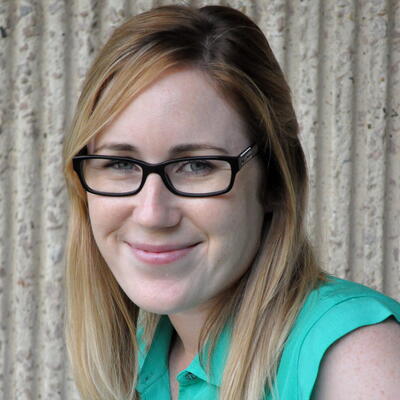 Dr Kate Ariotti is an ARC DECRA Fellow in the School of Historical and Philosophical Inquiry at the University of Queensland. Her research examines the social and cultural impacts of war in Australia. She has published on wartime captivity and the experiences of Australian prisoners of war – including the 2018 book Captive Anzacs: Australian POWs of the Ottomans during the First World War (Cambridge University Press), which was nominated for the inaugural Les Carlyon Literary Award – as well as the ways in which Australians have historically remembered and commemorated wars. In 2017 she edited with Dr James Bennett Australians and the First World War: Local-Global Connections and Contexts (Palgrave).

Her current ARC-funded project ‘Between Death and Commemoration: An Australian History of the War Corpse’ will provide the first comprehensive account of the changing policies, practices and attitudes that have shaped the treatment of the physical remains of Australian war dead between the First World War and recent wars in the Middle East (1915-2015). This project will provide a valuable new perspective on the realities of Australian participation in war and a critical understanding of the place of death in war in the Australian past and present.

Kate teaches 19th and 20th century Australian history, and supervises both Honours and postgraduate students working on research projects within this rich field. She has been a participant in several writer’s festivals, public symposia, and museum exhibitions. Before commencing her position at the University of Queensland, Kate worked as a Historian in the Military History Section of the Australian War Memorial and in the School of Humanities and Social Science at the University of Newcastle. 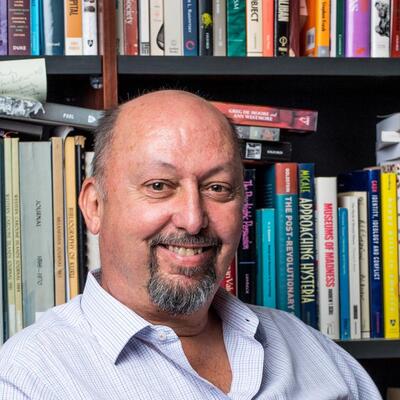 Warwick Anderson is the Janet Dora Hine Professor of Politics, Governance and Ethics in the Department of History and leader of the Politics, Governance and Ethics Theme with the Charles Perkins Centre. From 2012-17 Warwick Anderson was ARC Laureate Fellow in the Department of History and the Center for Values, Ethics and the Law in Medicine. Additionally, he has an affiliation with the Unit for History and Philosophy of Science at Sydney and is a Professorial Fellow of the School of Population Health at the University of Melbourne. In 2018-19 he was the Gough Whitlam and Malcolm Fraser Chair of Australian Studies at Harvard University.

As an historian of science, medicine and public health, focusing on Australasia, the Pacific, Southeast Asia and the United States, Professor Anderson is especially interested in ideas about race, human difference, and citizenship in the nineteenth and twentieth centuries. Occasionally he writes programmatically on postcolonial science studies and, more generally, on science and globalisation.

Before moving to Sydney in 2007, Prof. Anderson was Robert Turell Professor of Medical History and Population Health, Professor of the History of Science, and Chair of the Department of Medical History and Bioethics at the University of Wisconsin-Madison. At Wisconsin he also served on the steering committee of the Holtz Center for Science and Technology Studies and was a Faculty Affiliate of the Center for Southeast Asian Studies. Previously Prof. Anderson taught at Harvard, Melbourne (where he founded the Centre for Health and Society), UCSF and Berkeley. He has been awarded grants and fellowships from the American Council of Learned Societies, the National Science Foundation, the Social Science Research Council (US), and the Rockefeller and Mellon Foundations. He was the Frederick Burkhardt Fellow at the Institute for Advanced Study, Princeton (2005-6), and a Guggenheim Fellow (2007-8). He has held visiting professorships at Harvard, Manchester and McMaster universities. In 2013 he was John Hope Franklin Fellow at Duke University and the Whitney J. Oakes Fellow in the Humanities Center at Princeton University. His books have been awarded the W.K. Hancock Prize (AHA, 2004); the Philippines National Book Award for Social Science (2008); the NSW Premier's General History Prize (2009 and 2014); the William H. Welch Medal (AAHM, 2010); and the Ludwik Fleck Prize (4S, 2010).

Watch the complete presentation of the 2021 NSW Premier’s History Awards.