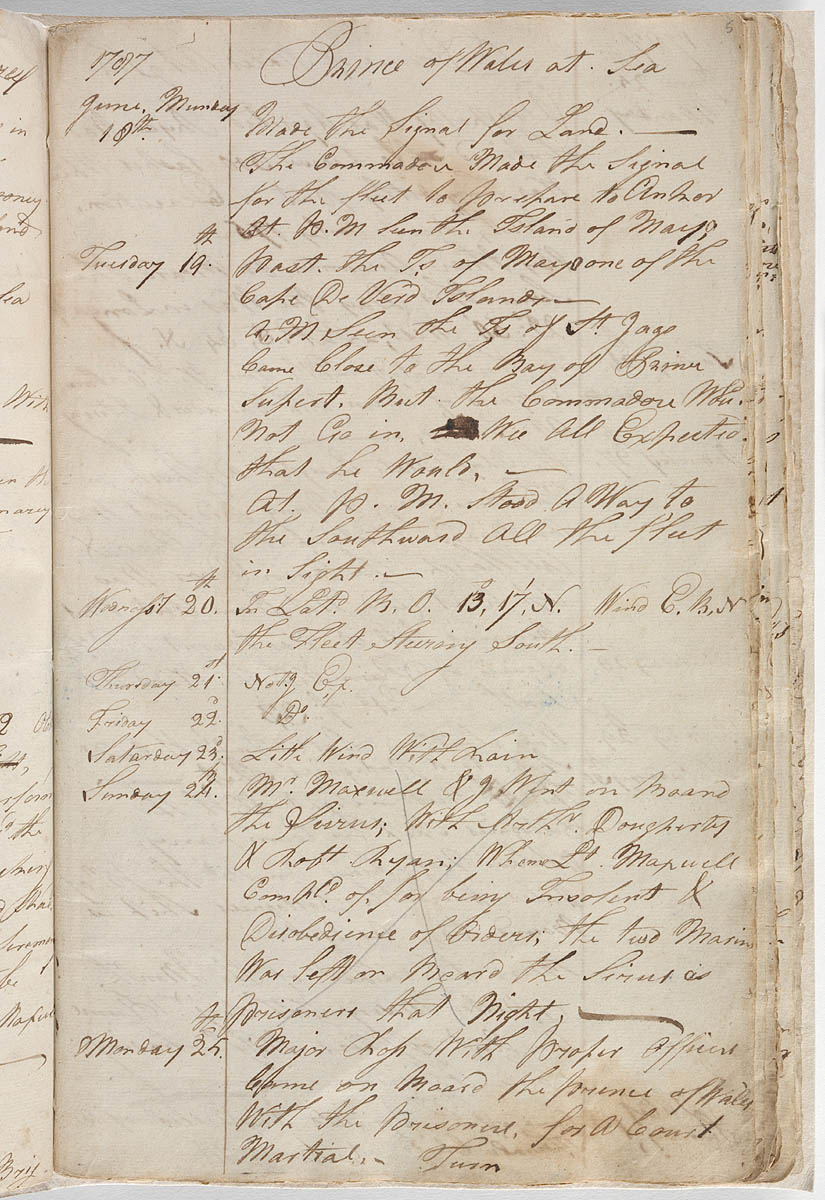 James Scott, Sergeant of Marines, travelled to New South Wales on board the Prince of Wales. He was accompanied by his wife Jane who gave birth to a daughter, Elizabeth, during the voyage. A son, William Boxell, was born in Sydney. He was baptised on 1 July 1790.
Scott and his family left New South Wales on the Portsmouth, and arrived in England in June 1792.

June, Munday 18th
Made the Signal for Land.—
The Commadore Made the Signal
for the fleet to prepare to Ankor
At. P.M Seen the Island of May,o

Tuesday 19th Past, the Is of Mayo one of the
Cape De Verd Islands —
A.M Seen the Is of St Jago
Came Close to the Bay of Prince
Supert, But. the Commadore Would
Not Go in, As Wee All Expected that he Would,—
At. P.M. Stood A Way to
the Southward All the fleet in Sight.—

Sunday 24th
Mr Maxwell & I Went on Board
the Sirrus; With Arthr Dougherty
& Robt Ryan; Whome Lt Maxwell
Compld of, for being Insolent &
Disobedience of Orders; the two Marins
Was left on Board the Sirus as
prisoners that Night,—

Monday 25th
Major Ross With proper Officers
Came on Board the Prince of Wales
With the prisoners, for a Court Martial,— Turn