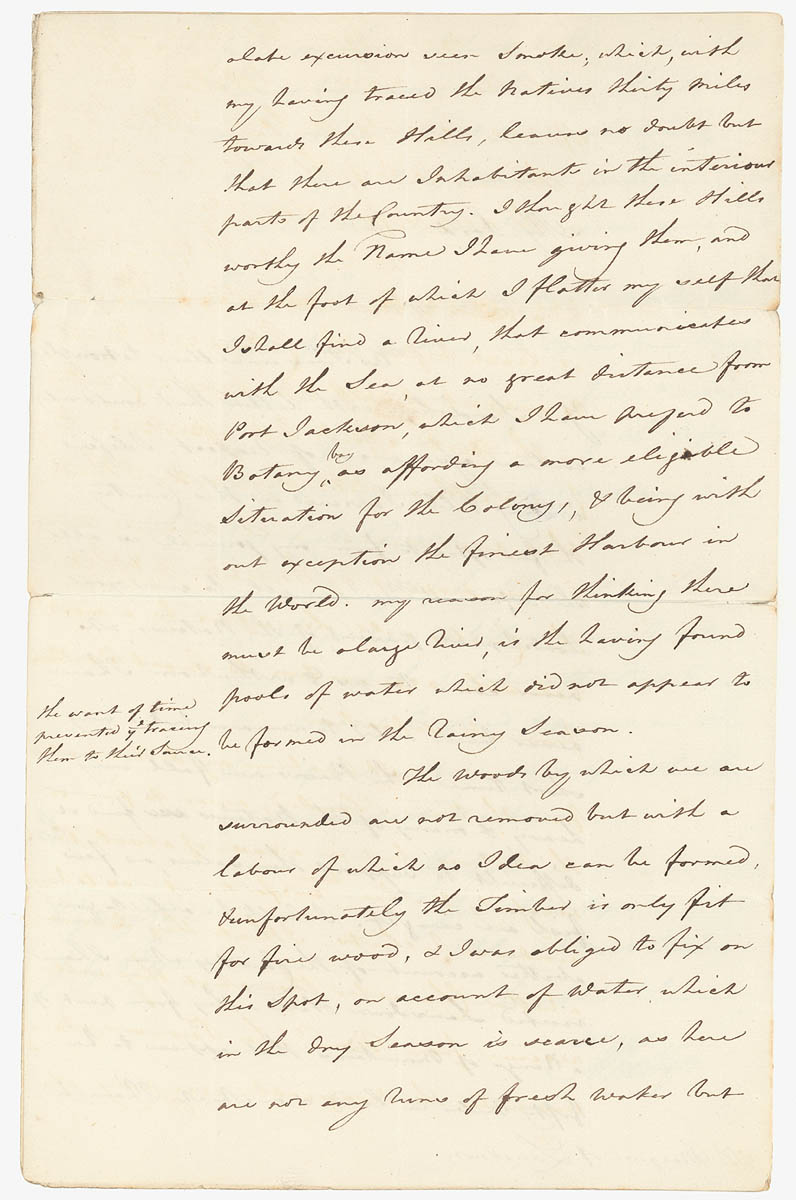 a late excursion seen Smoke; which, with my having traced the Natives thirty miles towards these Hills, leaves no doubt but that there are Inhabitants in the interiour parts of the Country. I thought these Hills worthy the Name I have giving them, and at the foot of which I flatter my self that I shall find a River, that communicates with the Sea, at no great distance from Port Jackson, which I have preferd to Botany bay as affording a more eligible Situation for the Colony, & being with out exception the finest Harbour in the World. my reason for thinking there must be a large River, is the having found pools of water which did not appear to be formed in the Rainy Season. the want of time prevented ye tracing them to their Sauce.

The Woods by which we are surrounded are not removed but with a labour of which no Idea can be formed, & unfortunately the Timber is only fit for fire wood, & I was obliged to fix on this Spot, on account of Water which in the dry Season is scarce, as here are not any Runs of fresh water but