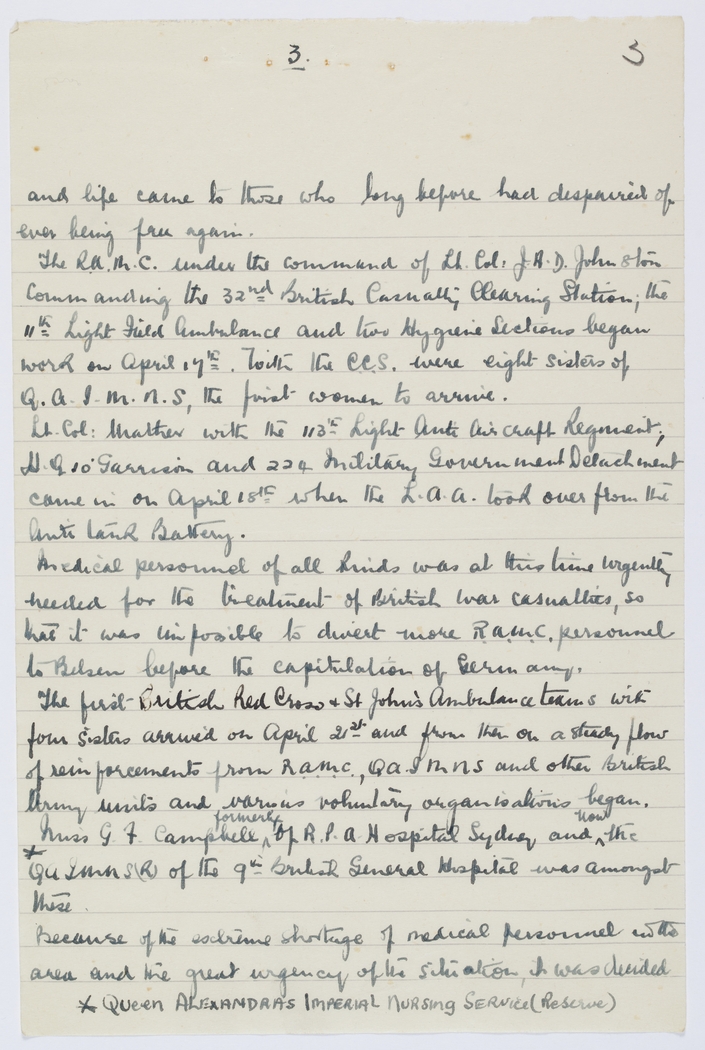 and life came to those who long before had despaired of ever being free again.

The R.A.M.C. under the command of Lt. Col. J.A.D. Johnston commanding the 32nd British Casualty Clearing Station, the 11th Light Field Ambulance and the two Hygiene sections began work on April 17th. With the CCS were eight sisters of Q. A. I. M. N.S., the first women to arrive.

Lt. Col. Mather with the 113th Light Anti Aircraft Regiment, HQ [  ] Garrison and 224 Government Detachment came in on April 18th when the L.A.A. took over from the Anti Tank Battery. Medical personnel of all kinds was at this time urgently needed for the treatment of British war casualties, so that it was impossible to divest more R.A.M.C. personnel to Belsen before the capitulation of Germany.

The first Red Cross and St John’s Ambulance teams with four sisters arrived on April 21st and from then on steady flow of reinforcements from RAMC, QAIMNS and other British Army Units and various voluntary organisations began. Miss G. F. Campbell formerly of RPA Hospital Sydney and now the QAIMNS\R of the 9th British General Hospital was amongst these.