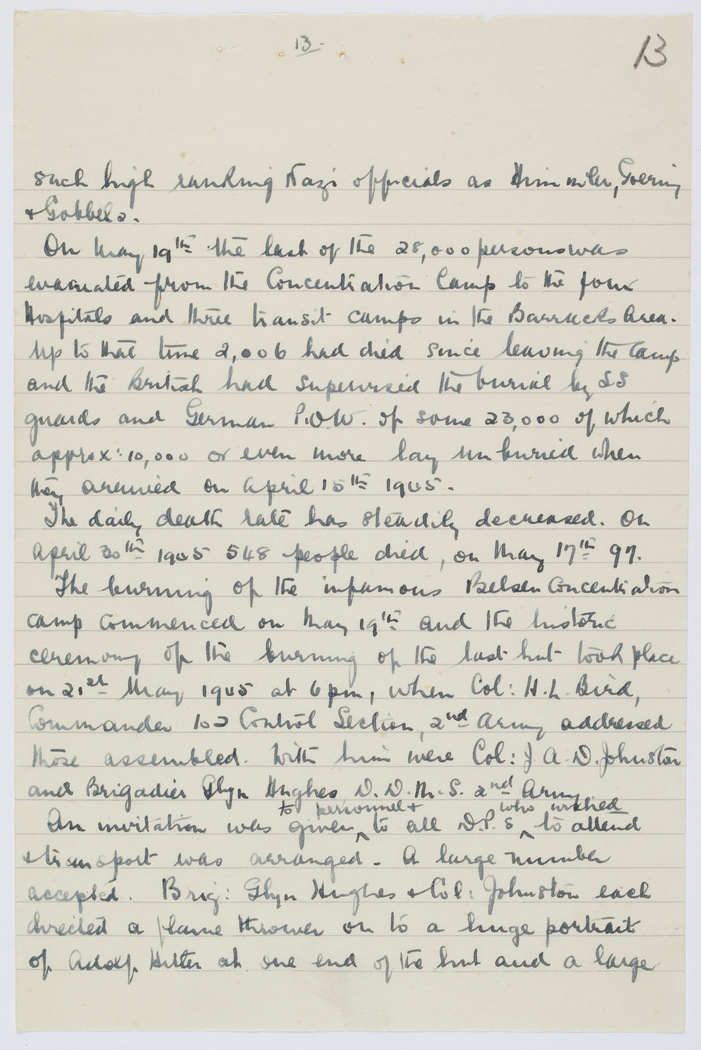 On May 19th the last of the 25,000 persons was evacuated from the Concentration Camp to the four hospitals and three transit camps in the barracks area. Up to that time 2,000 had died since leaving the camp and the British had supervised the burial by SS guards and German P.O.W of some 23,000 of which approx. 10,000 or even more lay unburied when they arrived on April 15th 1945.

The daily death rate has steadily decreased. On April 30th 1945, 548 people died, on May 17th 97. The burning of the infamous Belsen Concentration Camp commenced on May 19th and the historic ceremony of the burning of the last hut took place on 21st May 1945 at 6pm, when Col. H.L. Bird Commander 102 Control Section, 2nd Army, addressed those assembled. With him were Col. J.A.D. Johnston and Brigadier Glyn Hughes, DDMSW, 2nd Army.

An invitation to attend was given to personnel & to all DPs who wished to attend & transport was arranged. A large number accepted. Brig. Glyn Hughes & Col. Johnston each directed a flame thrower on to a huge portrait of Adolf Hitler at one end of the hut and a large