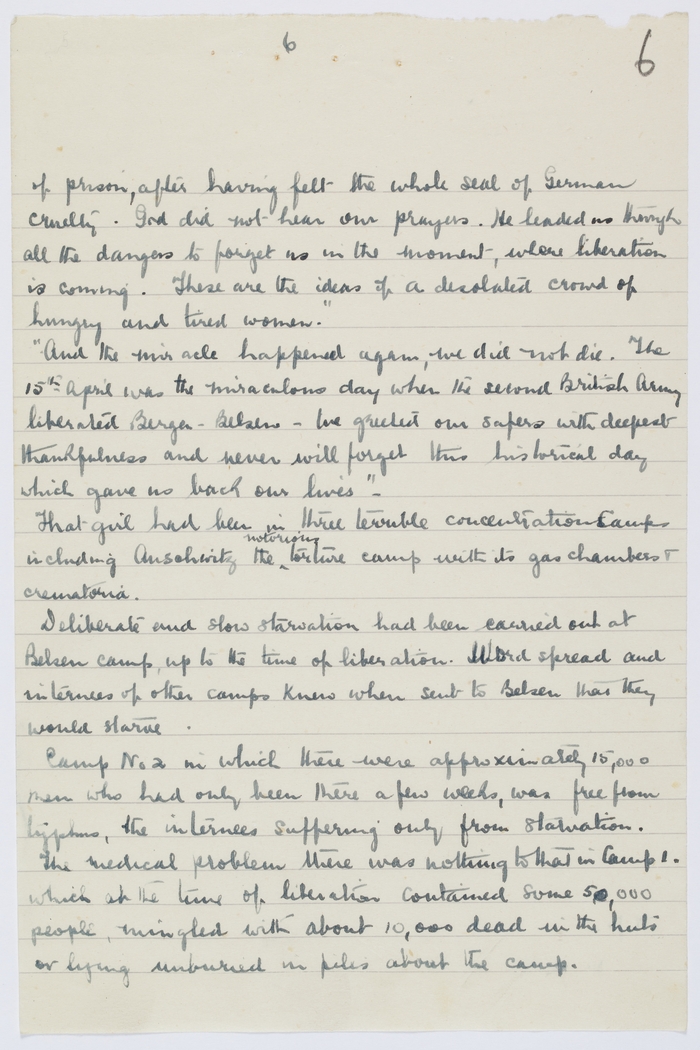 of prison, after having felt the whole seal of German cruelty. God did not hear our prayers. He leaded us through all the danger to forget us in the moment, when liberation is coming. These are the ideas of a desolated crowd of hungry and tired women.”

“And the miracle happened again, we did not die. The 15th April was the miraculous day when the second British Army liberated Bergen-Belsen – we greeted our safers (sic) with deepest thankfulness and never will forget the historical day which gave us back our lives.”

That girl had been in three terrible concentration camps including Auschwitz the notorious torture camp with its gas chambers and crematoria. Deliberate and slow starvation had been carried out at Belsen camp up to the time of liberation. Word spread and internees of other camps knew when sent to Belsen that they would starve.

Camp No.2 in which there were approximately 15,000 men who had only been there a few weeks, was free from typhus, the internees suffering only from starvation The medical problem there was nothing to that at Camp 1 which at the time of liberation contained some 50,000 people, mingled with about 10,000 dead in the huts or lying unburied in piles about the camp.