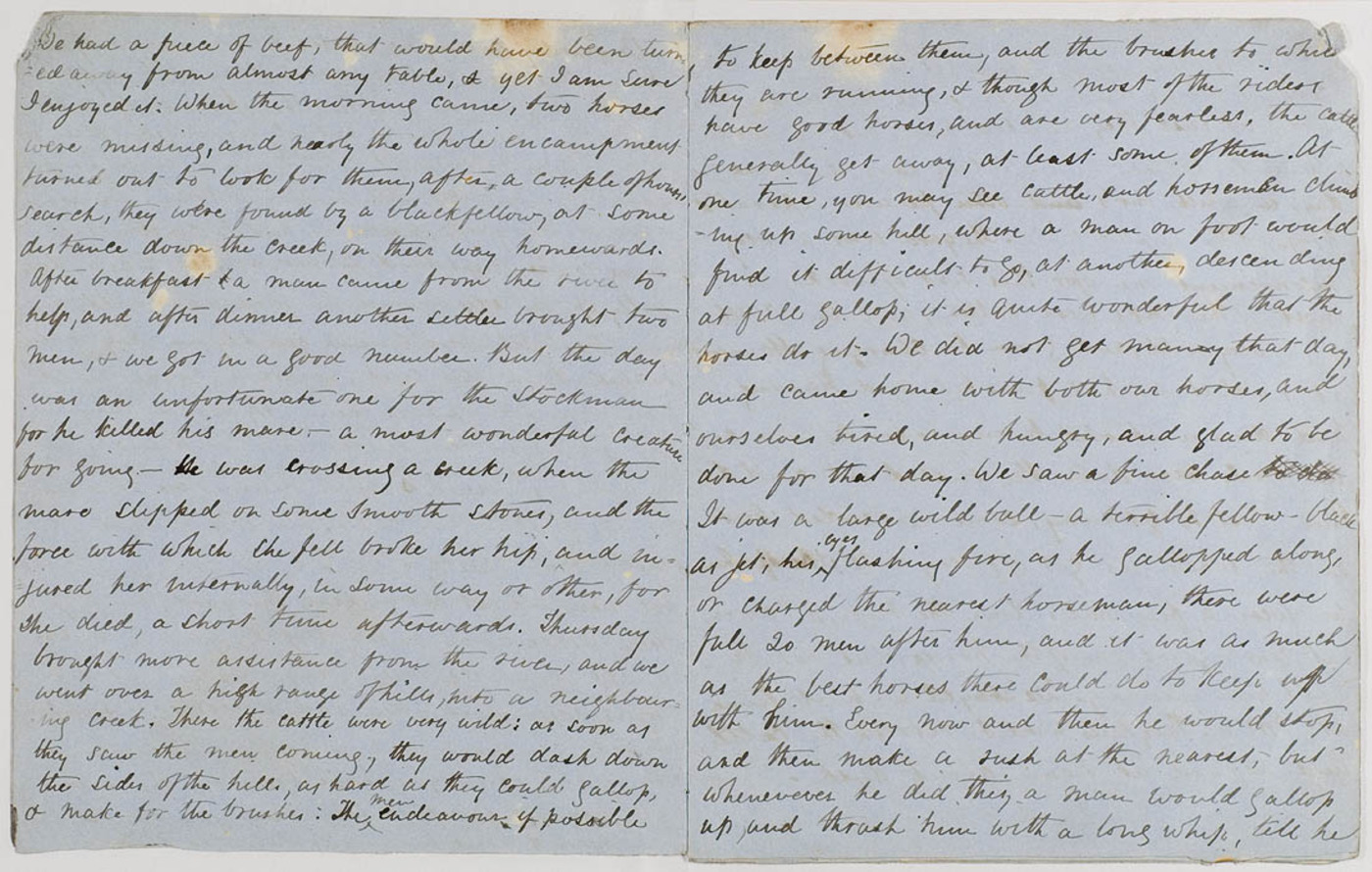 by Creator unknown
Transcript:
We had a piece of beef, that would have been turned away from almost any table, & yet I am sure I enjoyed it. When the morning came, two horses were missing, and nearly the whole encampment turned out to look for them, after a couple of hours search, they were found by a black fellow, at some distance down the creek, on their way homewards. After breakfast a man came from the river to help, & after dinner another settler brought two men, & we got a good number. But the day was an unfortunate one for the stockman for he killed his mare - the most wonderful creature for going - He was crossing a creek, when the mare slipped on some smooth stones, and the force with which she fell broke her hip, and injured her internally, in some way or other, for she died a short time afterwards. Thursday brought more assistance from the river, and we went over a high range of hills, into a neighbouring creek. There the cattle were very wild: as soon as they saw the men coming, they would dash down the sides of the hills, as hard as they could gallop, and make for the brushes. The men endeavoured if possible to keep between them, and the brushes to which they were running, and though most of the riders have good horses, and are very fearless, the cattle generally get away, at least some of them. At one time, you may see cattle, and horsemen climbing up some hill, where a man on foot would find it difficult to go, at another, descending at full gallop, it is quite wonderful that the horses do it. We did not get many that day, and came home with both our horses, and ourselves tired, and hungry, and glad to be done for that day. We saw a fine chase. It was a large wild bull - a terrible fellow - black as jet, his eyes flashing fire, as he galloped along, or charged the nearest horseman, there were full 20 men after him, and it was as much as the best horses there could do to keep up with him. Every now and then he would stop, and then make a rush at the nearest, but whenever he did this, a man would gallop up, and thrash him with a long whip, till he
Call Number:
Aa 52 / Item 1
Published date:
ca. 1845