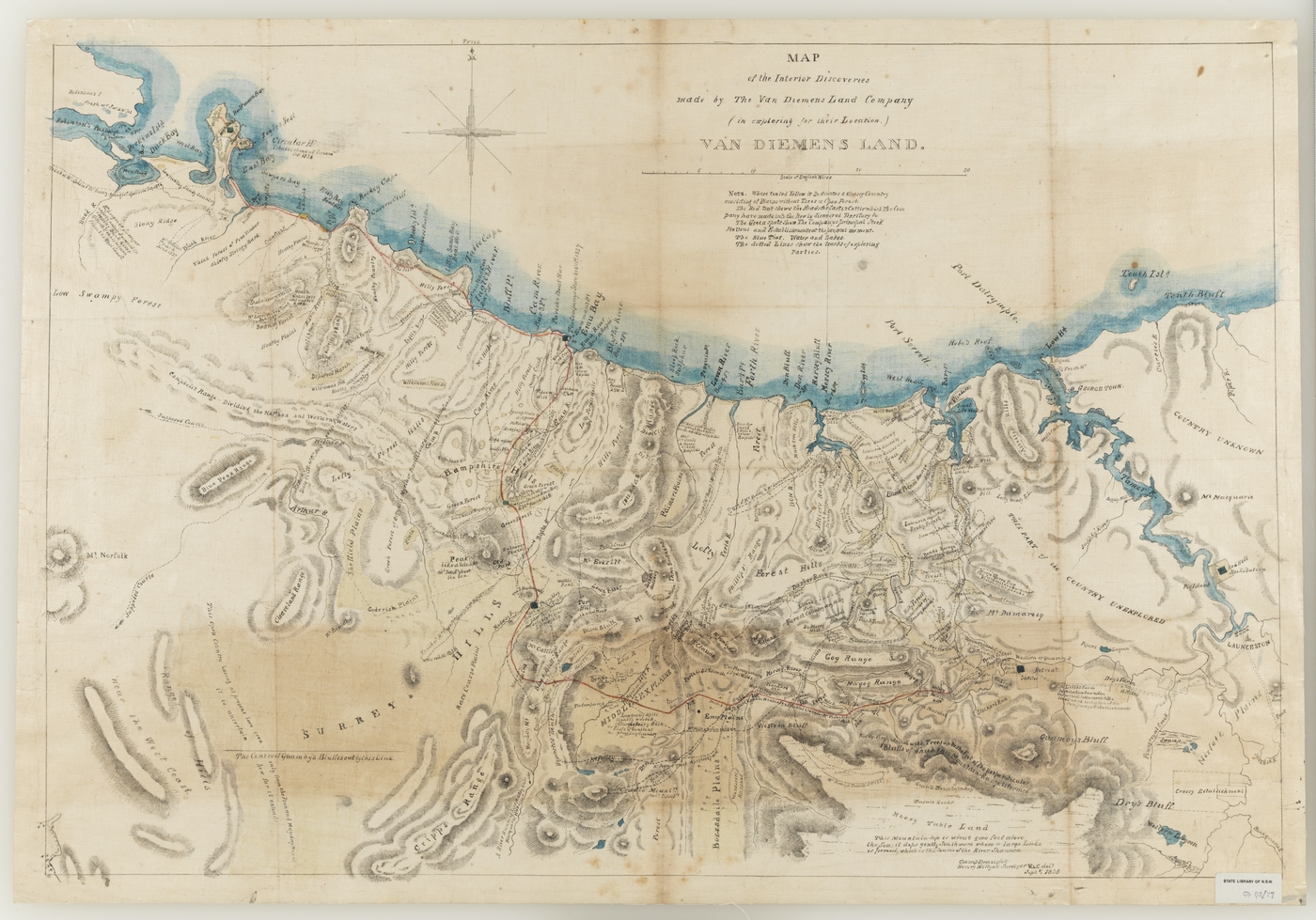 This ink and wash map, dated September 1828, documents the survey made by Hellyer on behalf of the Company. It includes the tracks of Hellyer and Joseph Fossey in 1827 to 1828 and shows the topography from Pipers to Duck Rivers and inland to Cradle Mountain. It describes the terrain and significant landforms including the peak they climbed on 14 February 1827, appropriately named St Valentine's Peak.

Although Hellyer's initial assessment of the land was positive the land around St Valentines Peak was sub-alpine, featuring long, wet and bitterly cold winters. The native snow grass lacked nutrition and in the first few winters over 5000 sheep died of cold and malnutrition. Henry Hellyer committed suicide in 1832.

'Where tinted yellow it indicates a Grassy Country consisting of Plains without Trees or Open Forest. The Red tint shews the Roads for Carts and cattle which the Company have made into the newly discovered Territory. The Green spots show The Company’s principal stock stations and Establishments at the present moment. The Blue Tint - Water and Lakes. The dotted Lines show the tracks of exploring Parties.' A note on the top left of the map, near the Duck River, states that'Mr Longmar surveyor unfortunately drowned in crossing Duck River, April 1827 on his return from the west coast'