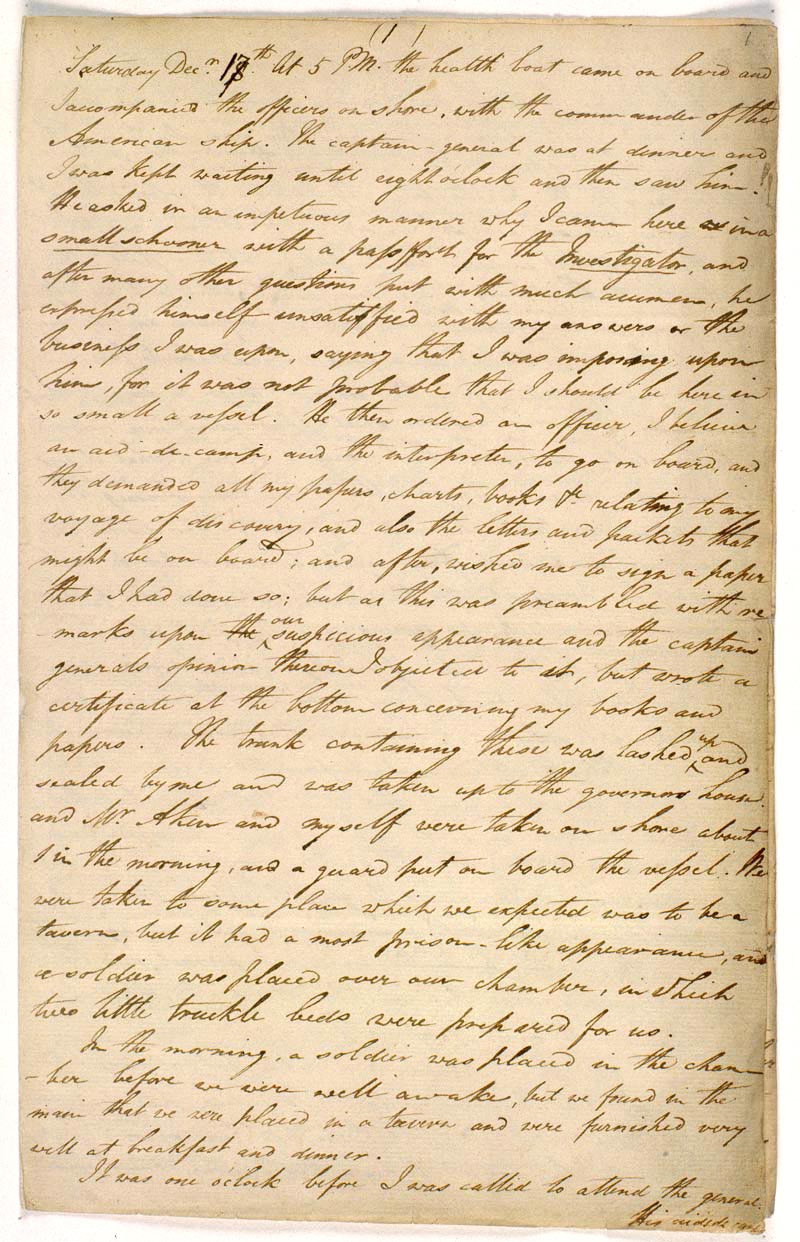 Saturday Decr.187th. At 5 P.M. the health boat came on board and I accompanied the officers on shore, with the commander of the American ship. The captain-general was at dinner and I was kept waiting until eight o'clock and then saw him. He asked in an impetuous manner why I came here a in a small schooner with a passport for the Investigator, and after many other questions put with much acumen, he expressed himself unsatisfied with my answers or the business I was upon, saying that I was imposing upon him, for it was not probable that I should be here in so small a vessel. He then ordered an officer, I believe an aid-de-camp, and the interpreter, to go on board, and they demanded all my papers, charts, books &c. relating to my voyage of discovery, and also the letters and packets that might be on board; and after, wished me to sign a paper that I had done so; but as this was preambled with remarks upon the our suspicious appearance and the captain-general's opinion thereon I objected to it, but wrote a certificate at the bottom concerning my books and papers. The trunk containing these was lashed up and sealed by me and was taken up to the governors house and Mr Aken and myself were taken on shore about 1 in the morning, and a guard put on board the vessel. We were taken to some place which we expected was to be a tavern, but it had a most prison-like appearance¸ and a soldier was placed over our chamber, in which two little truckle beds were prepared for us.
In the morning, a soldier was placed in the chamber before we were well awake, but we found in the main that we were placed in a tavern and were furnished very well at breakfast and dinner.
It was one o'clock before I was called to attend the general. His aids-de-camp