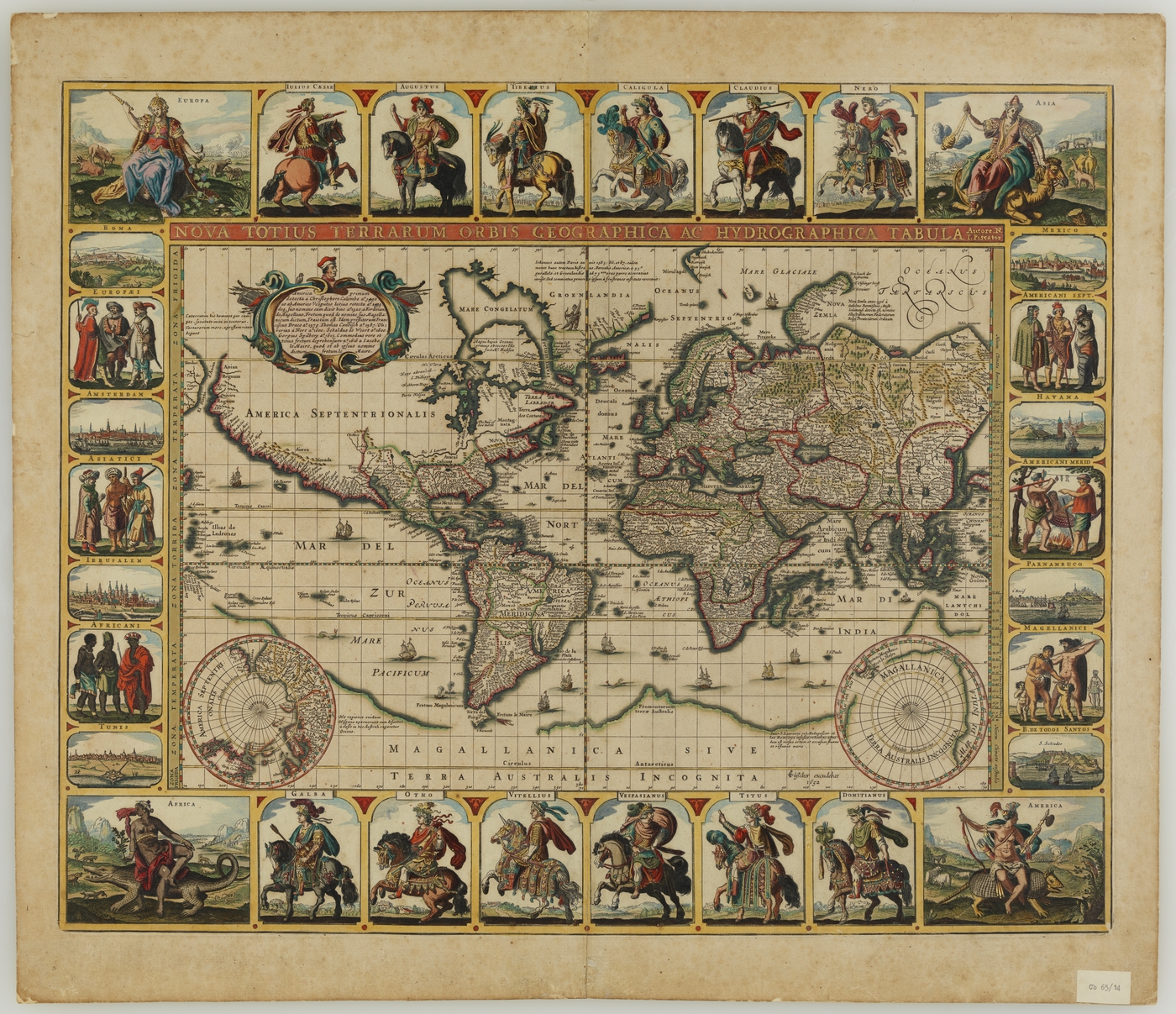 This impressive 1652 map was possibly engraved by Pieter Goos. Claes Janszoon Visscher was the Dutch founder of a family of map-makers, engravers and publishers. The ornate border panels include engraved figures of Roman emperors, views of Rome, Amsterdam, Jerusalem, Tunis, Mexico, Havana, Pernambuco in Brazil, and San Salvador. Included are the allegorical figures of the four continents, and north and south polar views.

In the decorative cartouche there is a description of discovery of the Americas in 1499 by Christopher Columbus and America is depicted by an Indigenous American astride an armadillo with gold leaf detail on his weapons and clothing. In the background graze buffalo.

This beautiful map exemplifies the Dutch engraving and decorative skills which flourished during the 17th century. The engraving process was a lengthy and detailed process which required the etching of the entire work onto a plate as a mirror image of the map whcih was then printed onto paper.