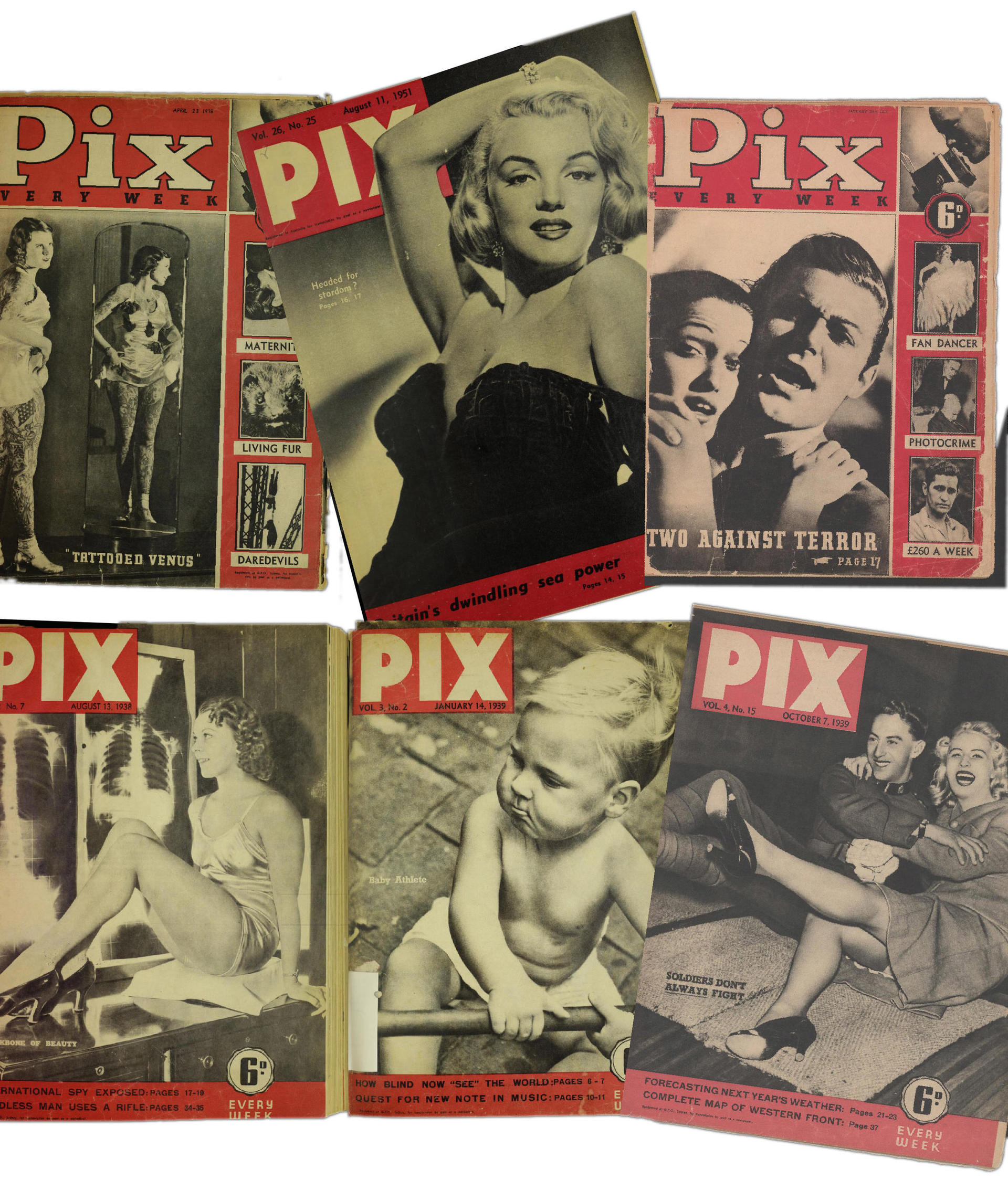 Pix magazine first hit newsstands around the country in January 1938. Originally priced at sixpence, and rising to one shilling in mid-1951, this tabloid-style magazine was one of mid-20th century Australia’s most popular weeklies. With its eye-catching, lipstick-red logo in the top corner, the magazine was known for its cover girls — each issue featured a Hollywood starlet or a fresh-faced local girl, often posed in a swimsuit. Pix favoured attention-grabbing headlines over editorial text, and ran quirky photo stories with heavily captioned images. It featured a distinctly Australian mix of scandal, sensationalism, human-interest stories, fashion, politics, scientific innovation, popular culture and entertainment.

Pix was published for several decades until it merged with People magazine in 1972. Associated Newspapers had been taken over by Fairfax Magazines in the 1950s, and was in turn bought out by ACP Magazines Ltd (formerly Australian Consolidated Press) in 1987. In 2008, the ACP photo archive, including the negatives for Pix magazine, was donated to the State Library. Digitisation of this collection is currently underway, with every issue of Pix, from 29 January 1938 to 25 December 1954, already accessible via the Trove website.