The making of the modern world from 1750 to 1918. It was a period of industrialisation and rapid change in the ways people lived, worked and thought. It was an era of nationalism and imperialism, and the colonisation of Australia was part of the expansion of European power. The period culminated in World War I (1914 - 1918) and World War II (1939 - 1945).
Key inquiry question #1:
What is the significance of World War 1? 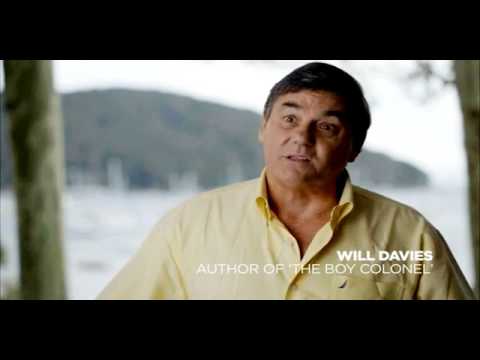 An overview of the causes of the war, why men enlisted and where Australians fought (ACDSEH021, ACDSEH095, ACDSEH024).

The Dardanelles Strait is the strip of water that threads from the Aegean Sea between the Gallipoli peninsula on one side and the Turkish mainland on the other. It opens up into the Sea of Marmara and provides access to what was the Turkish capital in World War I, Constantinople (now known as Istanbul).

One area of the Dardanelles is called ‘The Narrows’ because it is only 1600 metres wide. In World War I this approach was protected by Turkish forts.

The Allies had originally planned to knock Turkey out of World War I by using the navy to force their way up the strait, take out the Turkish forts and then sail into the Sea of Marmara. They would then capture Constantinople and open up a supply route to Russia. However the execution of this plan ended disastrously when five of the Allied ships were sunk or disabled by drifting Turkish mines.

The result of this failure was that the Allies drew up a Plan B, which involved landing forces on the Gallipoli Peninsula which would strike overland, destroy the forts and allow the Allied fleet to proceed up the Dardanelles now unhindered by fire from the forts. As part of this plan Australian and New Zealand Forces were landed at Anzac Cove on 25 April 1915.

What is not well known is that an Australian naval vessel was, at the same time, on the other side of the peninsula, sneaking up the strait, intending to cause as much havoc and confusion in the Sea of Marmara as possible to divert attention and reinforcements away from the Allied invasion.

This Australian vessel was the submarine called the AE2, because it was the second Australian E class submarine. It had modern diesel engines, was over 50 metres long and had a crew of about 35. It was commanded by Lieutenant Commander Henry Stoker of the Royal Navy.

In order to get past the forts in the Narrows the AE2 had to remain submerged and navigate blind through minefields and past shallow stretches while also fighting strong currents. The British submarine the E15 had previously been lost attempting to do the same.

Incredibly, despite becoming temporarily grounded at one point just under one of the forts, and being hunted by Turkish cruisers and destroyers who had noticed its presence, the AE2 made it into the Sea of Marmara and signalled the Allies of its success.

This message may well have changed the course of the Gallipoli campaign. Up until they received this morale boosting news the Allied command had only been hearing about how little progress the Gallipoli peninsula landings had made against fierce resistance, and withdrawal was being considered.

Over the next few days the AE2 attempted to sink several ships and avoided being sunk by Turkish patrol boats. However, luck deserted it on the morning of the 30 April 1915 when, after encountering a problem submerging, it was shelled and holed by a Turkish Torpedo boat. All the crew were captured and spent the next three and a half years as prisoners of war in Turkey.

Students locate and sequence the places where Australians fought and describe the nature of warefare during the Gallipoli campaign.

First hand accounts of the ANZAC landing at Gallipoli on 25 April 1915.

In the trenches of Gallipoli several Australian soldiers made a startling archelogical discovery.