‘Newly risen, how brightly you shine’

Sydney’s Garden Palace was a magnificent building with a grandeur that dominated the skyline, stretching from the site of the current State Library of New South Wales to the building that now houses the Sydney Conservatorium of Music. The Palace captivated society from its opening in 1879.

Three years later it was destroyed in a devastating fire. The motto of the Sydney International Exhibition would prove tragically apt, Orta Recens Quam Pura Nites or ‘Newly risen, how brightly you shine’. The Exhibition was planned in the hope that it would contribute to the prosperity and advancement of the New South Wales colony and demonstrate Australia’s identity. 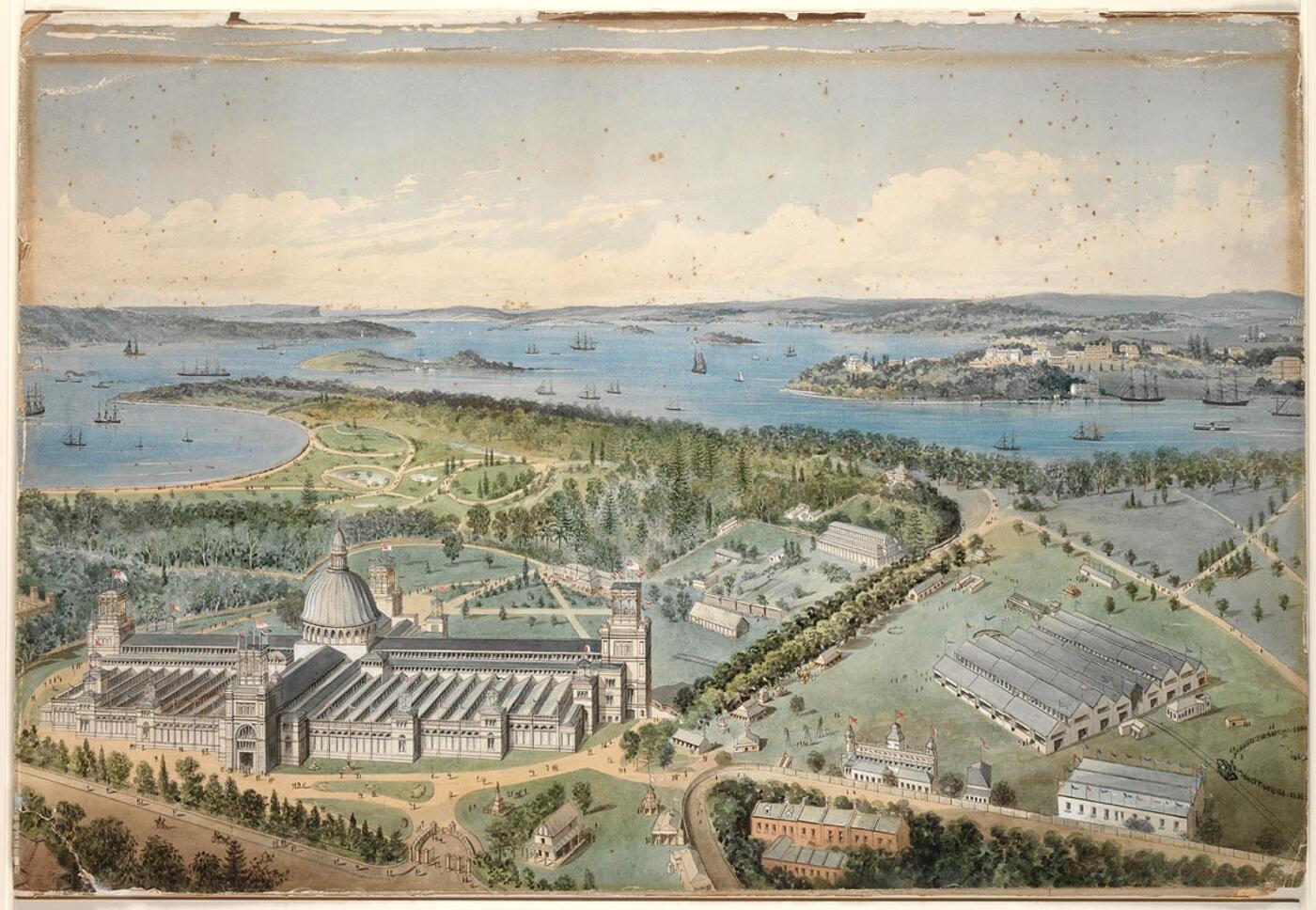 No. of workmen: 3000 men directly and indirectly employed including 650 carpenters

Cost of admission: initially 5 shillings and later dropped to 1 shilling

Total attendance at the International Exhibition: 1,117,536

No. of Restaurants and pavilions: approximately 30

Countries participating: 34 plus their colonies

May Gibbs is synonymous with gumnuts, childhood and cuteness.
Next chapter
Design and construction