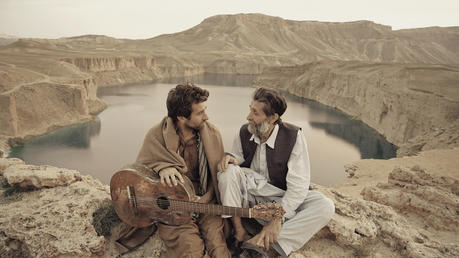 Jirga — the title is a Pashto term for a tribal council — dramatises the return to Afghanistan of a demobbed Australian soldier, still haunted by his panicked shooting of an unarmed villager in the heat of combat. The Australian embarks on a perilous trek through militant-held mountains, before arriving at the village. He is prepared to submit himself to whatever form of retribution tribal elders determine the death of an innocent musician father, leaving a widow and two now fatherless boys, warrants.

With great restraint and finesse, Gilmour has crafted a feature script that is epic in scope but patient and intimate moment by moment. On the page, his story comes to life via a series of sparse, minimalist strokes that combine to carry the story’s powerful themes about conscience and the high cost of begging forgiveness. But amid high tension, Gilmour manages to leave room for moments of stark beauty and subtle humour.

A deeply moving new take on the war story, Jirga explores the human cost of military conflict. How can a soldier apologise? How should victims respond? What does justice demand? In his compassionate, lyrical and emotionally powerful script, Benjamin Gilmour charts new territory for the cinematic war story. Writing with admirable restraint, Gilmour considers what courage might mean in the aftermath of conflict.