The NSW Premier’s Literary Awards are held annually. They are the richest and longest running state-based literary awards in Australia and cover all genres of writing.

Entries for the 2023 Awards are now closed.

View the past winners for each category

The Christina Stead Prize ($40,000) is offered for a book of fiction. The award may be made for a novel or a collection of stories.

A collection of stories may contain some previously published work. In such a case the judges will determine whether the new work is sufficient, in quantity and quality, to merit an award. Works of creative non-fiction, including fictionalised memoirs, are eligible for consideration under this category, but not under the Douglas Stewart Prize. Works of multiple authorship, including anthologies, are not eligible for nomination.

The winner of the UTS Glenda Adams Award for New Writing ($5,000) is chosen from debut entries submitted for all the award categories (no additional entry fee is required for this award). Entrants should indicate on the entry form if their book, play or script is a debut work.

Entrants for this Award must not have previously had a full-length work in any of the categories covered by the NSW Premier's Literary Awards (other than Translation) professionally published or performed.

The Award seeks to recognise outstanding new literary talent and is sponsored by UTS.

The Douglas Stewart Prize ($40,000) is for a prose work other than a work of fiction.

Books including biographies, autobiographies and works of history, philosophy and literary criticism may be nominated provided they display literary qualities. Oral histories are ineligible unless the author claims artistic responsibility for the majority of the text. Books compiled by an editor and/or consisting of contributions of more than four writers are not eligible for the Douglas Stewart Prize. An award will not be given for a work consisting principally of photographs or illustrations unless the text is of substantial length and of sufficient merit in its own right. In such cases, no part of the prize money will be paid to the photographer or illustrator.

Works that blend fiction and non-fiction may be entered in either the Christina Stead Prize for Fiction or the Douglas Stewart Prize for non-fiction but not both. It is the entrant’s responsibility to determine which prize is most suitable for their work.

The Kenneth Slessor Prize ($30,000) is offered to a poet for a book of collected poems or for a single poem of substantial length published in book form.

A collection of poems may consist partly of work previously published in book form, but this work must be clearly identified by the nominator. In such cases the judges will assess only the new work and determine whether it is sufficient, in quantity and quality, to merit an award. A collection of poems may be published in a book containing the work of up to four poets. The judges will exercise their discretion in determining whether the work of the nominated poet is sufficient to make it eligible for an award.

The Patricia Wrightson Prize ($30,000) is offered for a work of fiction, non-fiction or poetry written for children up to secondary school level.

Books containing the work of more than four authors, including anthologies, are not eligible for nomination. In the case of books containing original illustrations, the judges may determine that the award be shared by the writer/s and the illustrator.

The prize commemorates the work of Patricia Wrightson (1921–2010), one of Australia’s most distinguished children’s authors.

The Ethel Turner Prize ($30,000) is offered for a work of fiction, non-fiction or poetry written for young people of secondary school level.

Books containing the work of more than four authors, including anthologies, are not eligible for nomination. In the case of books containing original illustrations which are integral to the success of the book, the judges may determine that the award be shared by the writer/s and the illustrator.

The Nick Enright Prize ($30,000) is offered for a play or a work of music drama whose first production in Australia was during the period of eligibility.

The production may be given by a professional or amateur theatre company, but it must involve a season of several performances before a general audience. Plays written by more than four authors are not eligible for this prize. Assessment will be made entirely on the literary merit of the written text, and not on the merits of a particular production. The prize money will be paid to the playwright/s. In the case of a work of music drama, the judges may decide that the award should be shared by the writer and the composer.

The Betty Roland Prize ($30,000) is offered for the screenplay or script of broadcast programs or films first publicly screened or broadcast during the period of eligibility.

Scripts written by more than four authors are not eligible for the award. Only one episode, per writer, per series can be considered. Only the writer’s original work will be considered for an award. In the case of a feature-length film, the final shooting script should be submitted; in other cases, shooting and production scripts, which may differ from the original script, may be submitted only if accompanied by the original script. Assessment will be made entirely on the literary merit of the written text, and not on the merits of the resulting film, radio or television program.

The Multicultural NSW Award ($20,000) is offered for a work produced as any of the eligible various media, including books, theatrical performances, scripts and screenplays; published during the period of eligibility; deemed by the judges to have made a significant contribution to Australian literature, poetry, theatre, film, radio or television; and also considers:

This award is sponsored wholly by Multicultural NSW.

The NSW Premier’s Translation Prize ($30,000) is offered biennially. The prize was proposed by the International PEN Sydney Centre and is funded by Multicultural NSW with a trophy, sponsored by Sydney PEN.  The award will next be offered in the 2023 round.

The prize is intended to acknowledge the contribution made to literary culture by Australian translators, and recognizes the vital role that literary translators play in enabling writers and readers to communicate across cultures throughout the world. The prize is offered only to translators who translate into English works written in other languages.

The prize is awarded for a translation in book form. Nominated works can be works of fiction, creative non-fiction, or volumes of poetry.

The Indigenous Writers' Prize ($30,000) was first awarded in 2016. The prize is open to those who are of Aboriginal or Torres Strait Islander descent, who identify as Aboriginal or Torres Strait Islanders, and who are accepted as such by the communities in which they live. The work must have been first published, performed, screened or broadcast during the period of eligibility.

The Prize is designed to recognise literary merit in all categories including fiction, non-fiction, poetry, books for children and young adults, plays and scriptwriting. Entrants to the Indigenous Writers' Prize are also eligible to enter their work in any of the other award categories, and entry fees will apply for each category entered. Co-authored entries will only be considered if both writers are of Aboriginal or Torres Strait Islander descent.

The prize is intended to acknowledge the contribution made to Australian literary culture by Aboriginal and Torres Strait Islander writers.

The People’s Choice Award is not open to entry, but voted for by the people of NSW from the shortlist for the Christina Stead Prize for Fiction.

The People’s Choice Award was introduced in 2009 to mark the 30th anniversary of the NSW Premier’s Literary Awards.

Book of the Year

The judges may choose from among the winners of the awards a ‘Book of the Year’, and the Government may, at its discretion, make an additional payment of $10,000 prize money to the writer of the work so designated.

In exceptional circumstances, the judges may propose that a Special Award be created, either for:

The Special Award is not open for public nomination. 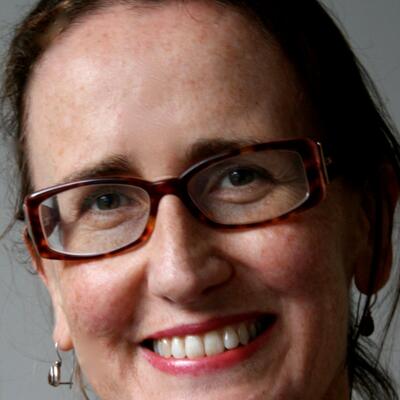 The NSW Government is committed to increasing public engagement with the arts. The NSW Premier’s Literary Awards provide an opportunity to highlight the importance of literacy and to encourage everyone to enjoy and learn from the work of our writers. These annual awards honour distinguished achievement by Australian writers, contribute to Australia’s artistic reputation, and draw international attention to some of our best writers and to the cultural environment that nurtures them.

Writers, translators and illustrators whose works are nominated must be living Australian citizens or persons holding permanent resident status.

The NSW Premier’s Literary Awards are presented by the NSW Government and administered by the State Library in association with Create NSW. We are pleased to acknowledge the support of Multicultural NSW and the University of Technology Sydney (UTS).