Today, it’s difficult to comprehend the speed with which gold rush towns appeared and disappeared in the nineteenth century. When a new rush occurred, miners simply packed up and moved and the storekeepers soon followed.

The Gulgong area became a rush in April 1870, when Tom Saunders found 400 gms of gold at Red Hill, in the heart of the present town. Further major finds were made at nearby Canadian Lead in August 1871 and at Home Rule, 11 km south-east of Gulgong, in May 1872. By 1874, around 8,500 kg gold had been extracted from the Gulgong field.

Charles Bayliss, as operator for the American and Australasian Photographic Company, photographed Home Rule on 15 July 1872, when its population was around 3000. Fortunately, the Gulgong Guardian 13 July 1872 described Home Rule that very week and it’s interesting to compare Bayliss’s images with the reporter’s narrative. Remember, Home Rule was less than two months old! 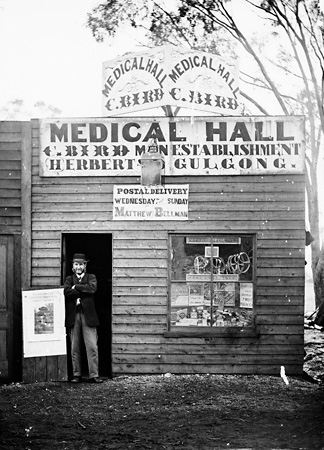 "THE HOME RULE TOWNSHIP. — During the past fortnight there has been a great improvement for the better in the appearance of the township at the Home Rule. Large and costly buildings are springing up in every direction and being fitted up for almost every trade. In hotels there is a great change for the better, as in several of them notably Messrs Wright, Moss, and Oliver, the accommodation is almost equal to any on Gulgong; so visitors need not fear that they will suffer hunger or thirst, Mr Chas. Bird, the chemist, of Herbert-street has almost finished a natty branch establishment, where customers will find a full supply of the pure drugs; chemicals, and the other &c. which has earned for the parent shop so large a share of the public favour; and as the branch will be under the management of a qualified dispenser there will be no fear of the wrong bottle being used. 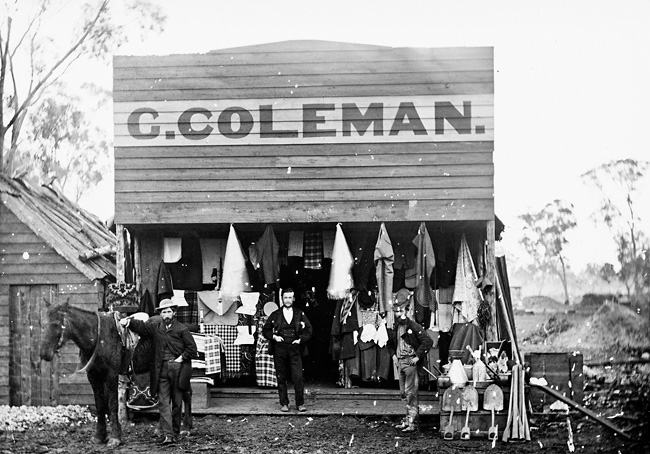 Mr. Coleman, the draper of Herbert-street has also opened a branch, well supplied with seasonable and fashionable goods;- thus saving people the perils and expense of a trip to Gulgong to invest their money: Mr. Morris, the auctioneer Queen-street, has with his usual energy and foresight secured premises in the centre of business, where he will, on Monday, Wednesday, and Saturdays knock down anything: to anybody for almost any sum —a proof of his obliging nature. The shells of at least half-a-dozen “hotels” are up in the Main street-as the thoroughfare first built upon is called. We do not know the owners, but no doubt, in a few weeks when they do obtain permission to sell that they will make themselves known. 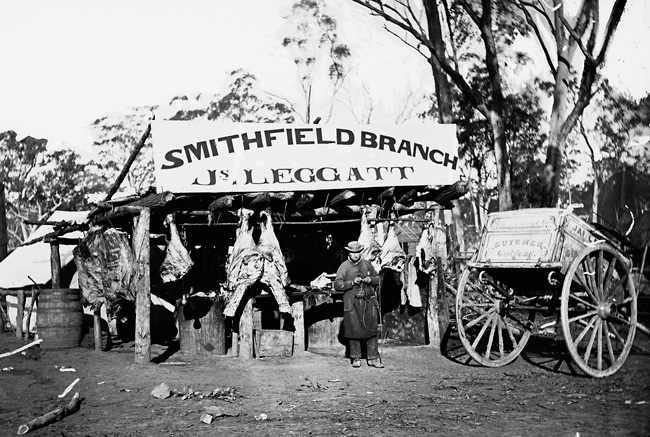 Mr. Leggatt the benevolent butcher whose motto, is “down with monopoly and feed the hungry” has a branch on Smithfield Point, when he cuts up several bullocks a day, in proving his motto; The surveyed line of street is to the eastward of the line of claims and almost at right angles to the main street. On it a large number of business places of every description are being erected amongst others, O’Briens Munster Hotel removed from Herbert-street ; Mr. Keating has also removed his “Hibernia” and has it re-erected, we hope doing a roaring trade.

The irrepressible Chinese have taken the lead in providing restaurants, and are well patronised especially on Sunday, when the patrons have to wait their turn outside. In another month when the litigation is ended and all hands wire into work the Home Rule should be a lively place. Already it is the favourite resort on Sunday for Gulgongites who take an outing ; and as schools and churches loom prominently in future this populous suburb will no doubt become a town . A post-office has been applied for, and will probably be granted. It will be a convenience to the residents." 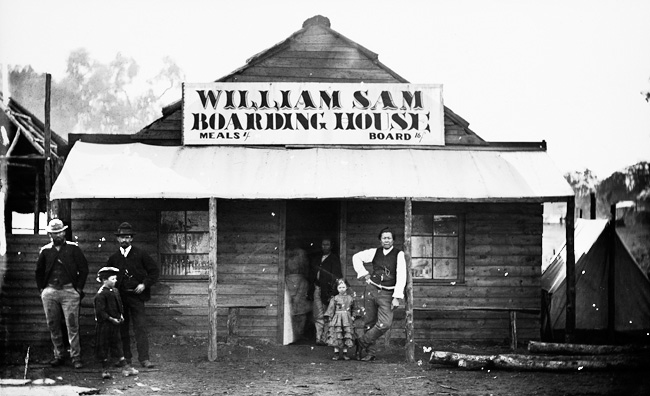 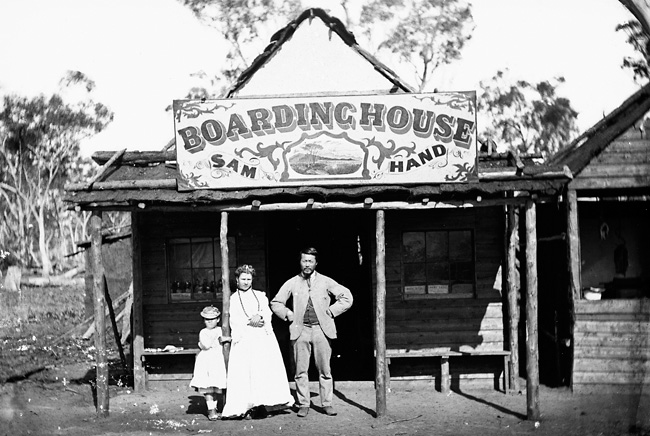 At its peak, Home Rule attracted 20,000 miners, but the rush petered out after a few years and the town was abandoned.