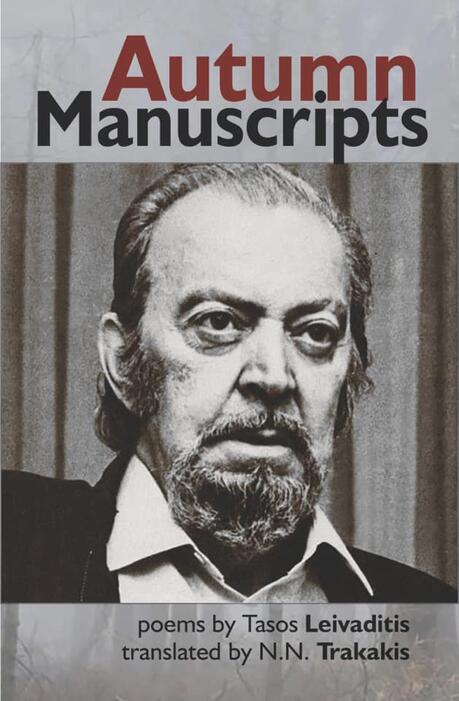 Autumn Manuscripts, the final book by Greek poet Tasos Leivaditis (1922–88), is a suite of vignettes and snapshots, of abbreviated elegies and fleeting thoughts, sometimes no more than an impish observation, sometimes sketching in quick strokes the mythic past or a 20th century apocalypse. Meandering between resignation, delight, absurdity, tenderness, Leivaditis retains a childlike wonder at the world even as he takes his leave of it.

Arresting in its imagery, sure handed of tone, the Manuscripts discover eternity in anything, in urban minutiae, in the flotsam of dreams: a woman at a pier, the stripe on a stationmaster’s hat, father’s lapel marigold. Trakakis’ translation is fresh and mobile, making this a book to return to over and again, to be startled anew by the sincerity of its strangeness, and soothed by its deep, sweet, coming to grips with death.

Intimate, evocative, by turns startling and soothing—like all real consolations, Autumn Manuscripts refuses to console too much. These poems remind us that to be human is to know, remember, and anticipate loss—perhaps even to cherish loss. The Manuscripts are here, even though the poet no longer is, and they will remain here, even when we too are gone.